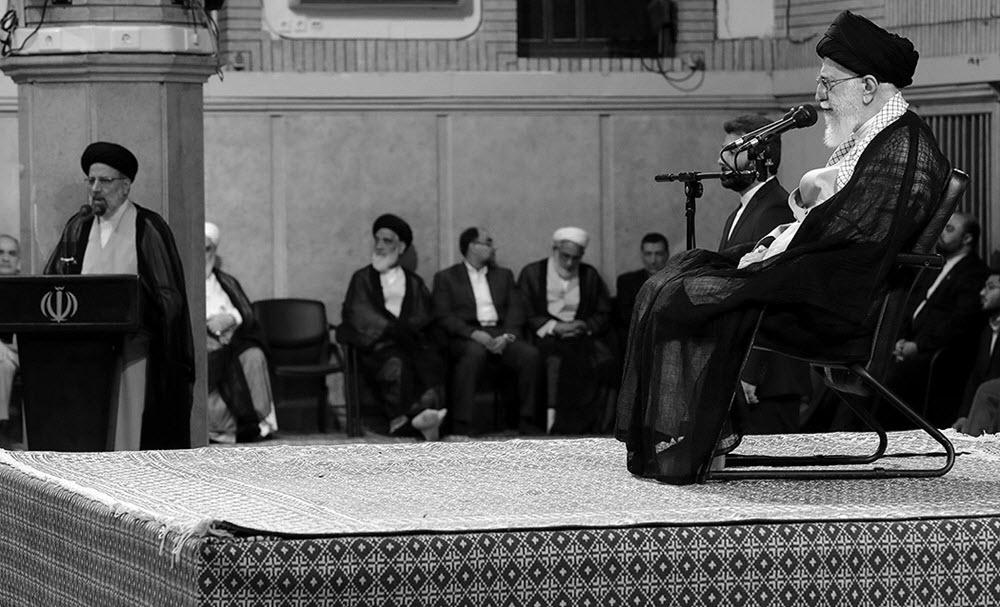 The Iranian regime’s Supreme Leader, Ali Khamenei, has spoken several times, albeit in vague terms, of a ‘Upgrade Plan for the Judiciary,’ without ever explaining exactly what that meant.

When introducing Ebrahim Raisi as Chief Justice on March 7, 2019, Khamenei mentioned the plan in his nomination decree. Again he did not elaborate much, but called the plan one of “revitalizing and resuming public rights and protecting the people’s legitimate liberties.” He also emphasized a few points, of which the most important were “the need for firmness” and “presence of revolutionary youth” in the Judiciary.

On Wednesday June 26, in the traditional annual meeting entitled “Week of Justice,” evidently Raisi raised the question, and Khamenei answered that it was necessary to precipitate to implement the plan, again without much ado.

But it was not hard to guess, through Khamenei’s words, on the content of the so-called Upgrade Plan for the Judiciary. It was also evident that the plan’s implementation was vital to Khamenei for which he is in big hurry. He went so far as to say the plan had to be “implemented without delay” and he stressed the need for “timely, brave execution based on genuine methods.”

It was clear from what he said that the plan’s true nature was “increasing repression.” In his Wednesday speech, Khamenei mentioned the need for showing “firmness and might.” Experience has shown that in the regime’s jargon those words have no other meaning than increasing repression.

But why the secrecy?

The reason Khamenei keeps a plan of which the consequences would be felt by the people on the streets of Iran clearly is that he and the whole of his regime have much less leeway in repression now. While the regime needs the repression as much as oxygen, the same repression can backfire in the form of popular unrest and riots able to threaten the regime’s stability.

The ability to oppress is directly proportional to the elements of power that Khamenei and the regime have.

If one looks at the forty year history of Iran’s regime, one notes that repression was harshest in the 1980s. The reason is that, having exploited to the full the exceptional historical circumstances, the regime’s founder Ruhollah Khomeini had been able to combine political and religious power in himself after usurping the leadership of the anti-monarchist revolution.

Internally, the regime faces such crisis that Khamenei is obliged to embolden his forces on a daily basis to prevent desertion and loss of will.

Internationally, while Khomeini enjoyed support in the East as well as the West, the regime’s current isolation has reached a point where Khamenei and his entourage are sanctioned by name.

The regime’s foundation stands on a society on the verge of explosion, with Khamenei himself calling that social “cleavage,” that if activated, would lead to a social earthquake.

In his Wednesday speech, Khamenei pointed to deep social hatred towards the regime’s oppressive apparatus, under the term “unleashed virtual space” reactions towards the mullahs’ justice department, and reassured his henchmen that they should not be afraid of such reactions.

Thus Khamenei is obliged to play a double game. On one hand, he cannot openly mention that the Upgrade Plan for the Judiciary is one of repression, and on the other hand he needs to stress firmness and ask prompt implementation of the plan.

The same method is used in terms of the regime’s terrorism: mining oil tankers, and denying the act.

Wednesday was Khamenei’s first public appearance, after being sanctioned by name. He did not make the slightest point on the new US sanctions, but borrowed the term “Iranian people” for himself to say, “the respectful Iranian people are insulted every day.” But more important was his implicit confession to the regime’s total impasse, when talking about negotiations:

“In negotiating with them, if you accept their word, you are doomed, and if you do not, pressure continues.”

This coincides with the Iranian Resistance’s analysis on the regime’s impasse: if they accept dialogue, this would lead to an endless spiral of which Khamenei himself said in June 2016: “They begin with the nuclear (issue), then our missiles, then human rights, then the Guardian Council, then the Revolutionary Guards (IRGC), then the leadership, and then the whole regime!”