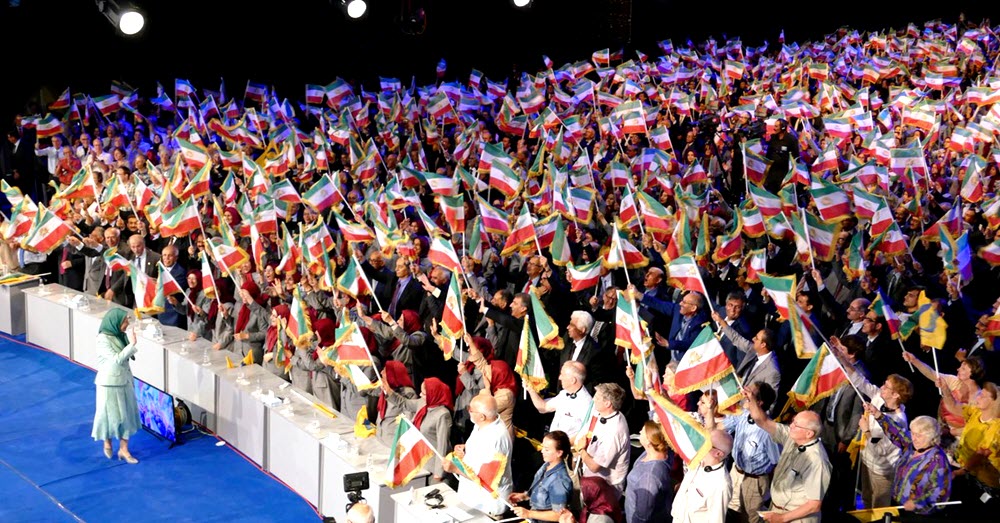 On Saturday 29 June, a conference was held at “Ashraf 3,” the Iranian Resistance’s new compound outside Tirana.

Ashraf 3 was built from scratch on an empty farmland over only one and half year by intense work and commitment of members of the People’s Mojahedin (PMOI, Mujahedin-e Khalq or MEK) who were transferred from Iraq to Albania following massive international campaigns.

Participants from major European countries, including France, Germany, UK, the Netherlands, and Switzerland as well as from Australia discussed current Iranian developments and how to best respond to the challenges posed by the Iranian regime towards world peace and stability.

Mrs Maryam Rajavi, president-elect of the National Council of Resistance of Iran (NCRI), was the keynote speaker of the event.

In her remarks to the gathering, Mrs Rajavi referred to a series of terrorist attacks by the mullahs’ regime in recent months, including bombing of commercial ships in the Persian Gulf, blowing up oil pipelines in other countries in the region, firing rockets at the US Embassy in Baghdad, attacking oil tankers in the Gulf and shooting down a US drone flying in international airspace.

She added: “Now, have these attacks made it clear to proponents of appeasement that the Iranian regime is the very source of conflict in the Middle East? Or this time, do they want to give the mullahs a peace prize?

Perhaps it would be better to ask those who described opposition to human rights abuses in Iran or the Resistance’s revelations against the mullahs’ clandestine nuclear sites as setting the stage for war: do they feel ashamed or are they still looking for a way to exonerate the regime?

Indeed, defending the religious fascism under the banner of opposing war is truly disgraceful and, of course, does not beguile anyone.

The main question is: Are the Iranian people not entitled to freedom, democracy and human rights?”

“You should not repeat the enormous damages already inflicted on the people of Iran and the region by making concessions to the mullahs again,” Mrs Rajavi warned.

In the weeks prior to this event, MEK supporters held two major rallies in the EU capital Brussels and US capital Washington D.C. with thousands of Iranians participating in each rally.

The protesters had called for a firm policy towards Iran and on imposing sanctions on the Iranian regime’s top officials for their repression at home and their responsibility in terrorist actions in the region.

One week after the D.C. rally, on Monday 26 June, the US administration imposed a fresh round of sanctions on Iranian regime’s supreme leader Ali Khamenei and on any person or entity under his command or control.

The supreme leader’s office and top officers in the Islamic Revolutionary Guard Corps (IRGC), the regime’s elite militia designated by the U.S. State Department as a Foreign Terrorist Organization, were among those sanctioned by the US administration, according to U.S. Treasury Secretary Steven Mnuchin.

The expanded sanctions, “will lock up literally billions of dollars in assets,” Mr Mnuchin said.

Referring to the new U.S. Sanctions, Mrs Rajavi stressed in the conference in Ashraf 3,: “Blacklisting the corrupt and vicious core of the regime, the Office of the Supreme Leader Khamenei, which took place after a three-decade delay, has been welcomed by the Iranian public.”

She added that “the blacklisting must be extended to [Iranian] regime’s president, Hassan Rouhani.”

Blacklisting the corrupt and vicious core of the regime, the Office of the Supreme Leader Khamenei has been welcomed by the Iranian public. The blacklisting must be extended to the regime’s president, Hassan Rouhani. #Iran#FreeIran pic.twitter.com/RfO6Gl4V79