The Truth About Political Prisoners in Iran 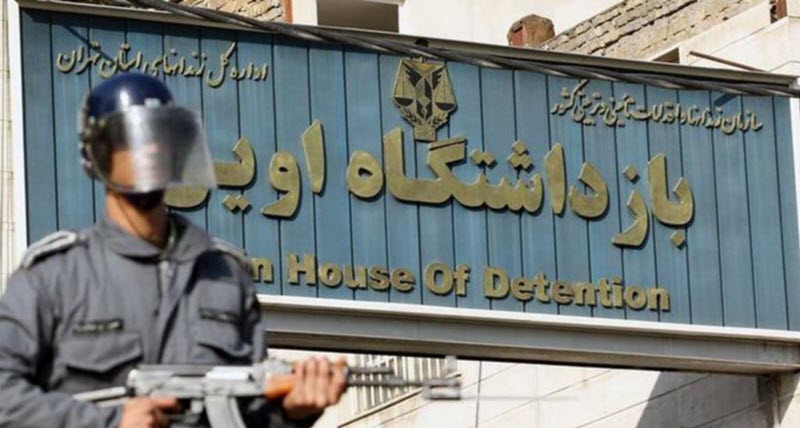 On July 1, 2019, Gholam-Hossain Esmaili, spokesperson for the Iranian regime judiciary said in a television interview, “We don’t have political prisoners.”

Esmaili called current political prisoners “terrorists who are against the Iranian regime in its entirety.”

“Those who oppose the Islamic Republic are either terrorists or spies of foreign intelligence services so they are not considered as political prisoners,” he said.

Meanwhile, Ali Motahari, a member of the regime’s Majlis (Parliament) said on Tuesday, July 2, in an interview with the state-run Etemad newspaper, “In Iran, we have both political opponents and political prisoners.”

Motahari said the judiciary and security and intelligence institutions use the term of "security criminal" for opponents and critics of the regime to classify them as security risks and avoid subjecting them to the rules of political crimes.

This is not the first time that the Iranian regime's judiciary denies the presence of political prisoners in Iran. Previously, in January 2019, the former head of the regime’s judiciary, Sadeq Larijani said, “When someone takes an action against [national] security, the action is a crime and should have a different due process.”

After the 1979 revolution, Ruhollah Khomeini, the founder of the mullahs' regime, said, "We won’t have political prisoners." Perhaps what he actually meant was that he would purge the country of political prisoners, as he tried to do in the summer of 1988, when he ordered the massacre of 30,000 political prisoners, mostly supporters of the People’s Mojahedin Organization of Iran (PMOI/MEK).

Eliminating political prisoners under the pretext of “spies or criminals” is a known tactic of the Iranian regime. Back in 1980, in order to put pressure on the MEK, the authorities arrested senior MEK official Mohammad-Reza Saadati and executed him two years later on bogus spying charges.

More recently, Ali Saremi, Jafar Kazemi, Mohammad-Ali Haj-Aghaie and Gholam-Reza Khosravi were political prisoners who were arrested for supporting the MEK and were executed between 2009 and 2014.

Arjang Davoodi is a teacher who is in prison for his political opposition to the Iranian regime. Other prominent names on the list of political prisoners in Iran include Majid Asadi, Saeid Masouri and Gholam-Hossain KalbiI.

Arash Sadeghi and Atena Daemi are two other political prisoners who were arrested for defending basic social rights of the Iranian people.

During the popular uprisings in 2018, in order to terrorize the public and to oppress the popular movement in more than 140 cities, the regime killed dozens of protestors in prisons and claimed they had committed suicide. Dr. Seyyed Kavous Emami, an environmental activist, was imprisoned for espionage and a few days later killed in the prison, again under the pretext of suicide.

Iranian regime authorities have repeatedly denied the existence of political prisoners and that the regime arrests and tortures people who express their beliefs. For example, Mohammad-Javad Zarif, the regime's foreign minister, told the American journalist Charlie Rose, “No one will be arrested in Iran for their beliefs.” In contrast to Zarif's blatant lie, his regime has arrested and executed minors and youth for the simple reason that they distributed or read literature that belonged to the MEK.

The Iranian regime never reveals the truth about prisoners and the stats it occasionally publishes are but a small part of the reality.

In this regard, in September 2018, the U.S. State Department Twitter account said an estimated 800 Iranians are prisoners of the regime because they exercised their human rights.

An estimated 800 Iranians are prisoners of the #Iran regime because they exercised their human rights. We demand the release of these political prisoners and call on the international community to hold the Iranian regime accountable for the abuse of its citizens. #PrisonersofIran pic.twitter.com/G9GfktJMJ1

In conclusion, the Iranian regime is inherently criminal and murderous and has no respect for the basic human rights of its people or international laws and norms. This regime will do anything to survive, therefore it is the duty of the international community to hold this regime to account for its human rights violations. The Iranian Resistance has repeatedly stated that the case of the 1988 massacre of political prisoners should be referred to the UN Security Council, and the perpetrators of this crime, who are current top-ranking authorities of the regime, should be punished.