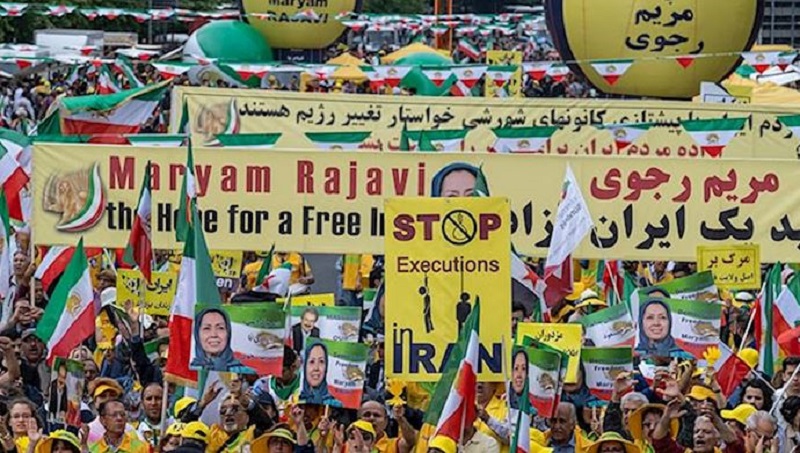 This month, NBC News published an article (NBC, October 17, 2019) filled with false allegations against Mojahedin-e-Khalgh of Iran (MEK).  MEK is the main and universally known opposition group of the terrorist and criminal regime in Iran.

The article labeled MEK as a terrorist organization and an Islamic-Marxist group that is not popular within Iran.  These allegations are aligned with the current Iranian government’s perspective of the MEK, and do not represent decisions rendered by the highest courts of law within the US and EU – MEK is not a terrorist organization.

NBC News’ allegations against MEK are baseless and empower the current Iranian regime’s terrorist activities against MEK and its members.  Iran is the number one executioner of women globally.  Since Rouhani became president, 95 women have been executed.  The actual number of executions is estimated to be much higher, as many of these executions occur in secret.

During the 2018 Annual MEK Meeting in Paris, France where 100,000 supporters of Mojahedin attended, the Iranian government attempted to bomb the meeting and kill hundreds, if not thousands, of innocent people.  This terrorist attack was uncovered prior to any danger taking place.  The Iranian regime is the true terrorist in this story.  They continually arrest innocent citizens, dual-nationality citizens, and foreigners based upon false allegations of spying.  NBC News should focus efforts on the stories of these individuals instead of spreading fake news about MEK.

It is important for NBC News to focus on the facts and provide accurate information to the public regarding the current Iranian regime’s terrorist activities, and support organizations like MEK that seek to overthrow the Iranian government and bring the country into a time of modernization and peace.

Member of the National Council of Resistance of Iran