NCRINational Council of Resistance of Iran
EN FR DE IT AR ES AL
HomeBlogInternational Community Has a Responsibility to Hold Iran Regime Accountable for Its...
Blog

Written by Mansoureh Galestan
14th May 2019 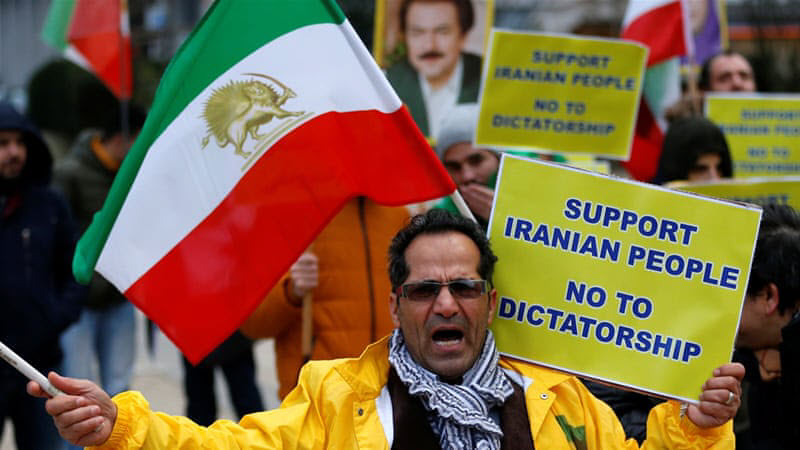 In the past few weeks, tensions between the United States and Iran regime have continued to intensify. The United States has designated the Islamic Revolutionary Guard Corps as a foreign terrorist organisation (FTO). Iran regime’s President Hassan Rouhani announced that regime would be partially withdrawing from the Joint Comprehensive Plan of Action (JCPOA) after oil sanctions waivers were cancelled by the Trump administration. Then there have been reports of missile deployments and U.S. troops in the Gulf have been threatened.

The Trump administration announced that military planes and warships had been dispatched and the Secretary of State Mike Pompeo made an unscheduled trip to Iraq leaving many questions unanswered. Pompeo did say, however, that any threat to U.S. interests would be dealt with in a “swift and decisive” manner.

There is great concern among many that the Trump administration could be heading towards a direct confrontation with the Iranian regime, despite President Trump’s claims that this is not what he is seeking. However, the Iran threat is a real one that needs to be dealt with imminently. It cannot keep being put off in the way the Obama administration ignored it for years.

It must also be acknowledged that President Trump has said that he would be willing to drop sanctions if the Iranian regime agreed to enter into talks about the nuclear threat, yet regime’s Leader Ali Khamenei has previously snubbed such efforts.

The Iranian regime is still spreading chaos across the region. It presents a great threat to peace and security in the Middle East and much further beyond. During 2018 alone, the regime was responsible or directly involved in a number of terrorist and assassination plots. Thankfully European intelligence agencies were able to foil the plots before there were large numbers of fatalities and casualties.

The regime is targeting its main opposition – the PMOI / MEK. This goes to show that the opposition has great force and it presents a viable alternative to the regime. It has tried to dismiss the significance of the PMOI / MEK on many occasions over the past few decades, but its relentless pursuit to quash the opposition and silence its supporters proves otherwise.

The PMOI / MEK has widespread support across the country and the people are calling for regime change. They have made it very clear that they will accept nothing less and they will undoubtedly be the force behind it.

However, this does not abdicate the rest of the world from their responsibility. The international community is threatened by the Iranian regime and it should not just sit back while this regime commits horrific and brutal human rights crimes. Every government that stands for freedom, democracy and human rights has a responsibility to strengthen the voice of the people of Iran. After four decades, the time has come – the regime is at its weakest ever point and its malign meddling in the region is changing dynamics against the interests of all but itself.