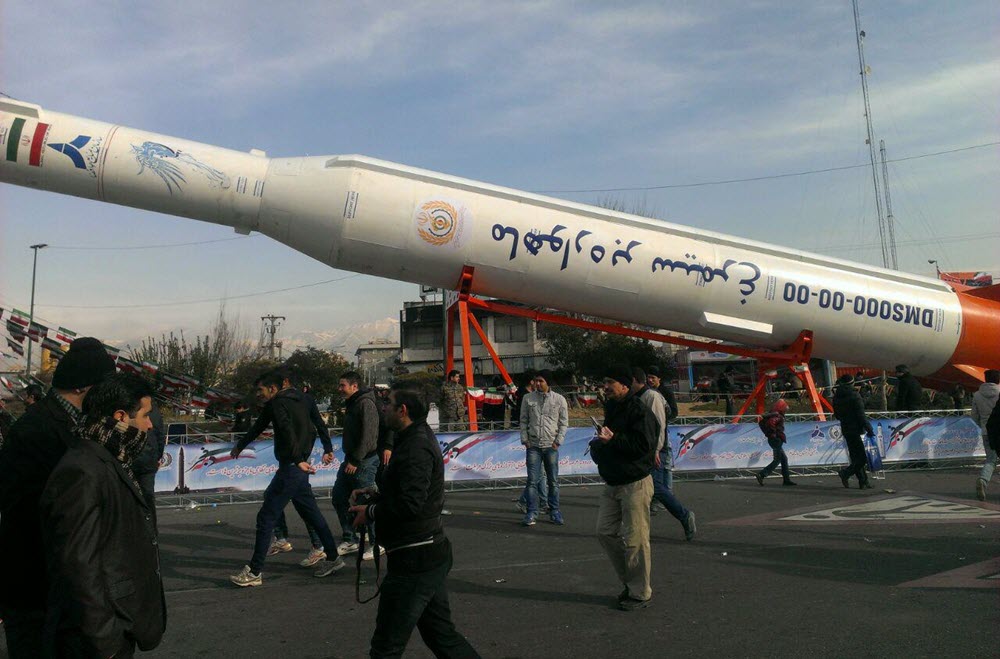 The Iranian regime’seconomy is in freefall, which means that many vital construction projects have closed down, and the budget for ministries like education, transportation and healthcare has decreased significantly, yet the mullahs have still been able to find money for their security forces and missile test projects.

The Iranian Regime’s decision to send satellites into space and test missiles while their people are starving is not merely an example of how the Regime is morally bankrupt, it also shows that the Regime is weak. Their actions are designed to be a show of strength, to promote Iran as powerful on the world stage and increase morale amongst the Regime’s increasingly disillusioned base.

Iranian president Hassan Rouhani extolled the benefits of having a satellite in a speech on January 14, claiming that it would be able to send Iran “information about the weather, agriculture, water and vegetation”. Of course, he did not mention that it would use the technology that could to launch nukes and should strike fear into the hearts of Iran’s enemies.

But the satellite never achieved its goal, or whatever the Regime pretended it was, and exploded before entering the orbit. It was a massive waste of money that could have been used to feed the poor or create jobs but was instead used to try to plump the ego of a dictatorship.

The Mardom Salari newspaper wrote on January 17 that the Iranian society has “no motivation to pursue such issues”, but really they should have said that the people hate the projects that deprive them of money to feed their kids.

While Sadegh Zibakalam, an Iranian economist close to Rouhani’s faction, said that he’d rather Iran focused on manufacturing or cultural growth rather than the nuclear industry or satellite and missiles, which shows the true divide between the Regime and its people. Simply, he couldn’t describe the problem more articulately without fearing severe repercussions from the Regime.

The Iranian people are drowning in a sea of economic troubles; a typhoon of the Regime’s own making and the Regime officials are the only ones wearing lifejackets.

The Iranian people have made clear in their protests, with chanted slogans and painted posters, that they do not see an end to their problems while the Regime remains in power, so rather than ask for reform, they are demanding regime change. This is something that will bring democracy and prosperity to Iran when brought by the people and their organised resistance movement.