NCRINational Council of Resistance of Iran
EN FR DE IT AR ES AL
HomeBlogIranian Regime’s Mismanagement of Its COVID-19 Outbreak Is a Threat to the...
BlogOp-ed

Iran’s coronavirus outbreak may be the worst in the world. If official government records are to be believed, Iran ranks behind several Western countries, but in fact, the Iranian regime’s data are not to be believed. While the clerical regime placed the death toll at around 5,300, the National Council of Resistance of Iran (NCRI) has determined that the true number of fatalities was over 33.800.

The NCRI has proven reliable as a source of intelligence about Iranian affairs in the past. Its main constituent group, the People’s Mojahedin Organization of Iran (PMOI-MEK), was primarily responsible for exposing the regime’s clandestine nuclear program in 2004 and today its contributions to the assessment of the coronavirus death toll are based on leaked hospital records and eyewitness testimony from Iranian medical professionals.

That testimony has been separately communicated to the Iranian public and the international community via social media and independent news outlets. Doctors and nurses have risked arrest by sharing stories of overwhelmed hospital systems and overloaded morgues. Meanwhile, regime authorities have declared that such “rumor-mongering” is punishable by up to three years in prison, plus flogging.

These threats have failed to actually stop the spread of true information about the coronavirus outbreak and in recent days even some Iranian officials have broken away from the regime’s narratives to admit that the problem is greater than previously acknowledged. One member of the Health Ministry task force in charge of the coronavirus response concluded that the total number of infections may have exceeded half a million earlier this month. The NCRI has suggested that the country may have passed that benchmark more than a month ago.

Whatever the exact details, the general takeaway is the same. The spread of COVID-19 in Iran is nowhere to be under control and the risk to the Iranian public remains extreme. But it also bears noting that as the risk from a pandemic increases for one population, so too does it increase for surrounding countries and, ultimately, for the world. This is especially true when, as in the case of Iran, the initial risk is so closely tied to public disinformation and a general lack of government safeguards.

Fortunately, other countries of the region have been far more proactive than Iran in responding to the coronavirus pandemic. Most have implemented much more ambitious social distancing measures and have kept them in place for much longer. The Iranian regime only announced a lockdown to coincide with the Nowruz holiday that began last month. And it began scaling back those measures on April 11, just a week after the holiday ended.

Naturally, health experts have warned about the potential for this move to cause a second wave of infections in Iran. Then again, unofficial assessments of the crisis tend to indicate that the first wave never really ended. Although the Iranian Health Ministry recently announced multiple consecutive days with fewer than 100 fatalities, the timing was highly suspect. Coinciding exactly with the relaxation of social distancing measures, the announcements seemed tailored to provide an after-the-fact justification for a course of action the regime had already decided upon.

In that case, the fabricated death tolls would follow a pattern that was established even before Iran’s coronavirus outbreak became common knowledge. Although the Iranian regime’s President, Hassan Rouhani, boasted last month that the regime “did not delay even one day” in announcing its first deaths from COVID-19, the truth is that leaked documents revealed authorities were aware of domestic cases at least three weeks before that announcement. The emerging outbreak was apparently swept under the rug to avoid discouraging people from voting and from participating in parades celebrating the anniversary of the Revolution.

This secrecy did more than just put the Iranian public at risk. It greatly diminished the effectiveness of responsible measures undertaken by other regional countries. Once it became clear that Iran was a major vector for transmission of COVID-19, many of those countries closed their borders and halted air travel to and from Iran. But by then, Iran’s neglect of the outbreak had already done its damage. By early March, coronavirus infections could be traced to Iran from at least a dozen other countries, including several regional countries whose very first patients had traveled from Iran.

Since then, the Iranian regime has only continued to pursue the strategies that caused its own outbreak to spiral so wildly out of control while increasing the risk for the entire world. These strategies were even outlined in Iranian state media. For all to see, a report dated March 14 from the hardline think tank Ara-Asra Research Center.

This report pointed to a number of actions that the regime had taken up to that point, before recommending more along the same lines. Notably, none of its recommendations actually involve addressing the public health crisis, much less fostering domestic trust in the government’s response. Instead, they focus entirely on how Tehran might deflect blame away from itself while exploiting the pandemic to advance its own ends.

Ara-Asra praised Iranian authorities for emphasizing that the disease is extraterritorial and for promoting conspiracy theories about it being a Western bioweapon, even though the fact that it was originated in China was amplified by Iranian mismanagement in the wake of ample warnings from the World Health Organization. The think tank also encouraged diplomatic efforts to identify coronavirus as grounds for the removal of US sanctions, even though medical resources and humanitarian goods are exempt from those same sanctions.

Unfortunately, these strategies have paid some dividends. There has been growing international pressure on the US to lift sanctions and the implicit message behind that movement is that Iran’s government is a victim, rather than an enabler of the current situation. But nothing could be further from the truth, and the international community must resist the impulse to gratify the regime’s effort to deflect blame. 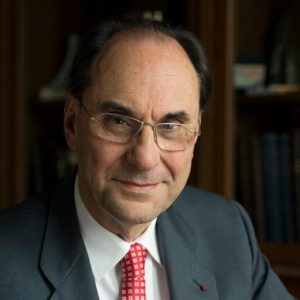