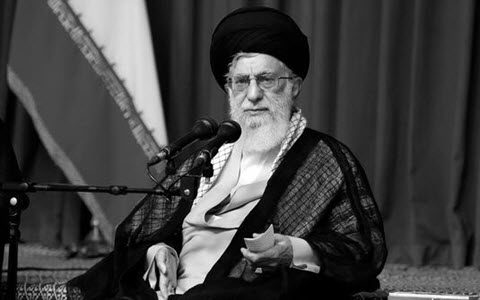 NCRI – The interactions during Iranian regime presidential election show are a turning point in the developments taking place within the regime and the overall political situation of Iran.

It seems that three components have played a part in forming this situation:

The first one is the confrontation between regime’s rival factions, reaching record highs in the last two weeks leading to the Election Day. Such degree of conflicts is probably unprecedented since June 19, 1981.

The second component is the confrontation between Iranian people and the regime, which took on a certain direction around the issue of ‘massacre’ immediately after the killer of political prisoners in 1988 ‘Ebrahim Raisi’ came on the scene. Another important factor could also be added to this point, and that is the increased activities by MKO supporters in addition to the social discontent, both pointing to a certain direction, namely the will of the majority of Iranian people for regime change and overthrow.

The third factor is an international one. Unlike Obama’s, the new US administration’s policy is not to get along with and tolerate Iranian regime’s warmongering and terrorism. This policy showed itself just one day before voting when US Air Force attacked Revolutionary Guards forces in Syria, an attack officially announced by US Secretary of Defense. The attack, unprecedented compared to the events taken place over the past six years in Syria, was also effective forcing Khamenei to relent.

The question is why Khamenei was forced to back down and clear the way for the rival band and Rouhani? In the final analysis, that could be because Khamenei was given check in an international level.

But there’s also an issue which plays a major role in this regard, namely fearing a split at the top of the regime and the uprising threat getting pretty serious, with its dangerous aspect for the regime being that the society’s discontent and its readiness for uprising has taken on a specific form, showing itself in such issues as the massacre as well as pro-MKO activities and slogans during election campaigns.

It seems that the upcoming events are going to be quite remarkable, meaning that the same dynamics that moved the society and imposed a heavy defeat on Khamenei will continue to be in place.

So, as far as the regime is concerned, the presidential debates in the past two weeks were not the end point.

The nature of ‘Vilayat-e Faqih’ requires that the top of the regime be integrated, something that has not happened.

Faced with difficult problems, regime and Khamenei needed to remove the gap at the top of the regime, but not only did it not happen, but it’s going to be even worse from now on.

So, it could be said that not only the election failed to resolve anything, but it’s clearly led to a major problem as well. The problem is that the main power is in the hands of Khamenei’s band and the Revolutionary Guards, and from now on the conflicts between the two sides would be unstoppable. These conflicts are going to cripple the regime more than the last four years and at even a higher level.

It should also be pointed out that since the regime is not going to change its policies, the international community and the regional countries’ confrontation with the Iranian regime over its warmongering, terrorism, and maleficent actions in the region, which reached its highest level over the past year, is going to be even intensified, with US President and king Salman of Saudi Arabia making specific remarks in this regard. After all, repression, warmongering, and terrorism are what the regime is living on.

As for the too essential protest movement and pro-MKO activities, particularly the part related to society’s discontent and their will for overthrowing the regime, the activities during this time, with all importance and value, seem to be only the starting point, so that a different era with more results will be awaiting us in this regard as well.

These were some of the significant developments in the past two weeks.