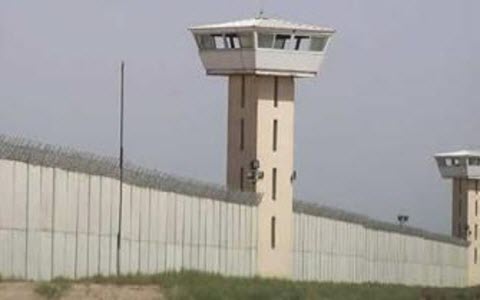 NCRI – On May 12th a number of political prisoners in Zahedan Central Prison in southeast Iran issued a statement calling on the Iranian people, ethnic and religious minorities, especially the Sunnis to boycott the farce presidential election. The statement reads in part:

“In the past 32 years all presidents have deceived the people with hollow promises, while they were raising allegations against each other and seeking to reach their own objectives, while paying no attention to people’s demands.

“The Sunnis and other religious and ethnic minorities have suffered the most in this regard and never seen their demands met. They are suffering in utter poverty and restrictions in all fields… the existing problems have only increased, and new and very serious problems remain. This includes unemployment especially amongst the youth, college graduates still left unemployed, the lack of any jobs or any job creation, not hiring locals in administrative roles, lack of infrastructure, not providing facilities and facilitation in all fields, especially for the villagers and farmers, creating limitations for Sunni investors in investing in Sunni areas, and even threatening them for having such money. This is especially true in Sistan & Baluchistan Province (southeast Iran).

“Another major issue is regarding the political prisoners, who are the most responsible sector of this society, and their families. Attempts have been made to sideline them… inhumane measures and existing problems in the prisons… unbearable and illegal tortures in detention centers, left in limbo behind bars for long periods, such as 2 to 15 years, non-stop executions of Sunni youths, especially in Sistan & Baluchistan Province and other deprived areas where thousands of families are left without a caretaker or even a home. This trend is continuing. This is only a portion of the pain and suffering the Sunni community of our society is facing. There are also problems inside the prisons… One cannot write about all the problems because of the quantity.

“Therefore, we call on people from all walks of life, especially the Sunnis and religious and ethnic minorities, and all the Iranian people to boycott this election. The president is nothing but a marionette and his strings are pulled by others.

“We the political prisoners of Zahedan Central Prison boycott this election.”
May 2017