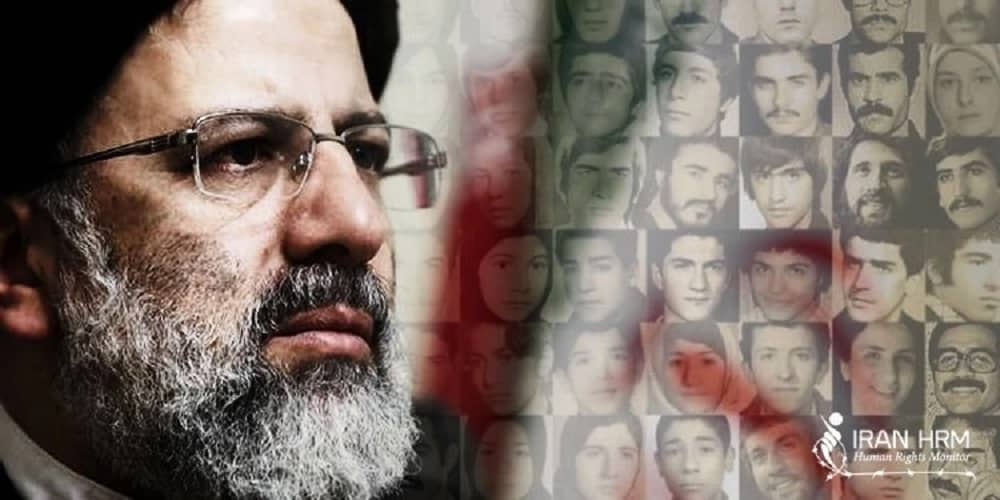 Ebrahim Raisi’s hand-picked government last month, is a further confirmation of the regime’s intention to increase its malign activities. Mrs. Maryam Rajavi, the president-elect of the National Council of Resistance of Iran, described the cabinet as the “embodiment” of the regime’s fundamentalist ideology and reliance on terrorism as a form of statecraft.
The appointees include several members of the regime’s Revolutionary Guards (IRGC) as well as several persons who are subject to sanctions and even international arrest warrants over a range of malign activities.
Raisi’s appointments were approved en masse by the regime’s parliament approximately two weeks after they were initially announced under orders of the regime’s Supreme Leader Ali Khamenei.
Raisi’s candidacy is one aspect of Khamenei’s effort to consolidate power in his regime. This effort was also reflected in the sham parliamentary elections of 2020, in which virtually all candidates from the rival faction were barred from appearing on the ballots.
In the wake of the latest sham election, Tehran acknowledged that less than half of eligible voters had taken part. But as announced by the Iranian Resistance, voter turnout had been less than 10 percent which signaled ongoing public commitment to a movement for regime change which gained unprecedented momentum in the years prior to the outbreak of Covid-19. The Iranian people have called for regime change in the last two major Iran protests, in 2018 and 2019. The regime had to oppress the November 2019 uprising to prevent its own downfall.
At the time of this crackdown, Ebrahim Raisi was the head of the regime’s judiciary, having been appointed by Khamenei to take over when his predecessor departed in March 2019.
Raisi, as head of the judiciary, welcomed the November 2019 uprising as an opportunity to consolidate the repressive legacy he had earned more than three decades earlier as a prosecutor, clerical judge, and member of the “death commission” that oversaw the implementation of Ruhollah Khomeini’s fatwa regarding the Mujahedin-e Khalq (MEK). In 1988, that fatwa declared all supporters of the MEK to be inherently guilty of “enmity against God” and ordered regime officials to execute them without mercy. In response, death commissions began interrogating political prisoners, often for only a minute before handing down a death sentence, then systematically carried out the execution of over 30,000 people over the course of three months.

Iran: A Fatwa Which Took the Life of 30,000 Political Prisoners in 1988 Massacre
Eyewitness testimony from survivors of that massacre describes Raisi as having been especially ruthless in the passage and implementation of those sentences – an observation that is supported by the fact that Khomeini personally broadened Raisi’s mandate while the massacre was still ongoing from Tehran to several other cities where the pace of executions was supposedly held back by the “weakness of the judiciary.”
In his subsequent career, Raisi maintained his reputation as an enthusiastic advocate for hangings and other forms of corporal punishment, and in recent years he has joined other officials in responded to new revelations about the 1988 massacre by openly defending the killings. His appointment to the judiciary was only one example of Tehran rewarding participants in the massacre with ever more influential positions. But it was arguably the most egregious example up to that point – surpassed only by his appointment to the presidency.
In her further response to Raisi’s cabinet appointments, Mrs. Rajavi declared that neither the appointment of “the henchman of the 1988 massacre as president nor the collection of murderers and thieves in his cabinet can save the regime from its inevitable overthrow.” She underlined that public outrage over the 1988 massacre, its legacy, and the lack of accountability will only lead to more intense public rage and popular uprisings as the Raisi administration works to secure its footing.
International Conference With 1,000 Former Political Prisoners
Western powers and the entire international community soon be forced to choose between disregarding the growth of civil conflict in Iran and showing support for the Iranian people – something they can do by simply launching a long-overdue international investigation into the 1988 massacre and making it clear to Tehran that its impunity in such matters is finally at an end.