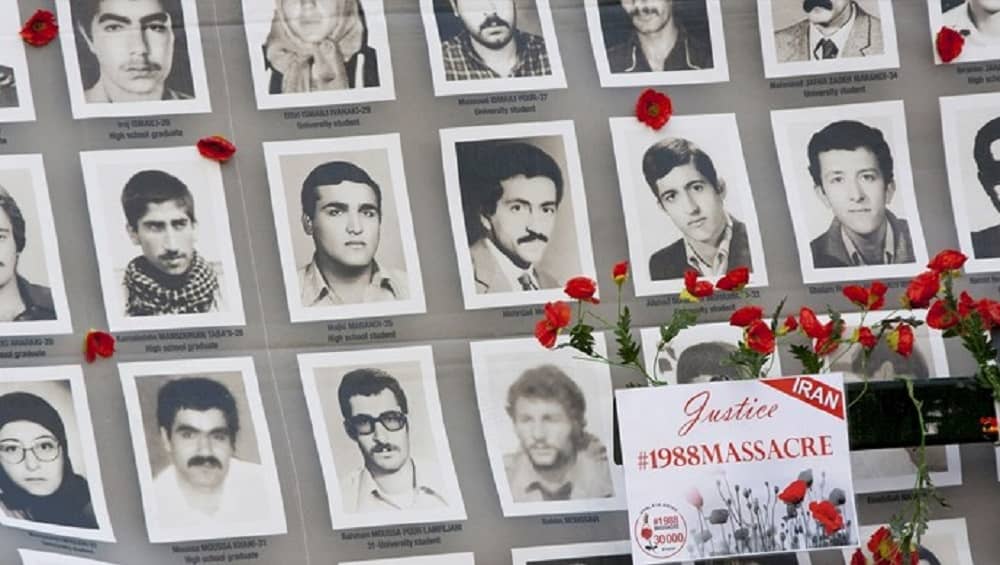 Tuesday marked the 87th session of Hamid Noury’s court. He was apprehended in 2019 in Sweden for his role in the 1988 massacre of over 30,000 political prisoners in Iran. Noury worked as the deputy prosecutor of the notorious Gohardasht prison. The victims were mostly members and supporters of the People’s Mojahedin Organization of Iran (PMOI/MEK).

During Tuesday’s session, prosecutors presented their full indictment against the defendant and underlined his role in the 1988 genocide.

Prosecutors first emphasized that Noury confirmed last week during cross-examination that despite his initial denial of the executions, even if they happened, they were based on previously issued sentences. Noury had cited Ebrahim Raisi, the regime’s current president and a known perpetrator of the 1988 genocide, acknowledging that the victims were condemned to death, the Supreme Court had confirmed the verdict, but it did not happen.

In their indictment, Swedish prosecutors confirmed that Iran is a closed country under the mullahs’ regime; the mass executions happened in Iran. “Statements by the Swedish Ministry of Foreign Affairs and documents from the United Nations and Amnesty International confirm our view that the people of Iran have no rights. The rights of the people in Iran are being violated,” the prosecutors expressed, adding that Iran has a “radical Islamist regime.”

They also underlined that the regime’s founder, Ruhollah Khomeini, established “a tyranny,” and his constitution and penal code were based on Sharia law, thus taking “backward Iran’s situation and increased pressure on people.”

The prosecutor also underlined that Iran’s ruling theocracy is an “Islamist tyranny” and takes all measures to exterminate the opposition. “We concluded that Hamid Noury even talks to the officials in court and wants to personally answer the thirty-three years of lies,” the prosecutor said, adding that Noury willingly, knowingly, and eagerly started working for the regime. “His repeated use of derogatory terms such as Monafeqin and grouplet [to refer to the MEK] shows his alignment with the regime and his acknowledgment that he had seen these political prisoners [who testified against him] make the situation worse.”

In their most important part of the indictment, the prosecutors confirmed the authenticity of Khomeini’s fatwa, which led to the mass killing of the MEK members. The official recognition of this fatwa, exposed by the MEK in 1988, could be described as a landmark in the justice-seeking movement of the 1988 victims.

The prosecutors underlined that Khomeini issued this order to kill the MEK members sometime between July 26 to 31, 1988, and the executions were legally “binding.”

“Khomeini considered the MEK members as the enemies of Islam and said they should be killed as soon as possible,” the prosecutor said, citing the reports by Amnesty International and Geoffrey Robertson QC about the 1988 genocide.

The prosecutors also referred to a leaked audiotape of Hossein Ali Montazeri, then Khomeini’s heir. He condemned the killings in a meeting with Tehran’s “death commission,” which was in charge of the executions.

While citing the testimonies of the survivors of the 1988 massacre, the prosecutors underlined that the massacre “happened thirty-three years ago, and we believe the testimonies are reliable and credible” They added that based on the evidence and despite the defendant’s blatant claims, they “believe that Hamid Noury is Hamid Abbasi.”

In 1988, Khomeini saw the MEK and its progressive interpretation of Islam as a serious threat to his reign and ideology. Hence, he decided to eliminate everyone unwilling to submit and choose fate over faith. The entire regime would prefer those tens of thousands of youth to surrender to the regime and return to their families with the message that dissent against Khomeini is futile. Instead, these men and women stood tall and chose to die for an ideal that would live on to inspire love, equality, and prosperity for generations to come. The uprisings today in Iran show that the message and spirit of those executed in 1988 lives on and that they did not die in vain.

Indeed, Khomeini’s designated, and later sacked, heir, the late Ayatollah Hossein Ali Montazeri, told members of the Death Commission on August 14, 1988, “The People’s Mojahedin are not individuals; they are an ideology, and a world outlook. They have logic. It takes the right logic to answer the wrong logic. You cannot rectify wrong with killings; you only spread it.”