Massoud Rajavi | Founder of The NCRI 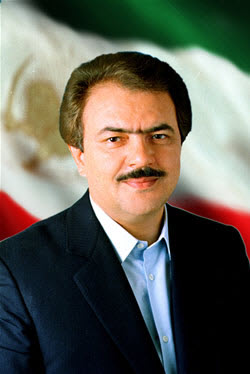 Massoud Rajavi was born in the small town of Tabas, in the northeastern Province of South Khorassan in 1948. He earned his degree in political law from Tehran University. Rajavi joined the People’s Mojahedin Organization of Iran (PMOI), also referred to as the Mujahedin-e Khalq (MEK) in 1967, and became involved early in his career in discussions on religion, history and revolutionary theory, influencing the MEK’s modern interpretation of Islam. He later became a member of the Central Committee.

In 1971, the founders and Central Committee members of the MEK, including Rajavi, were sentenced to death after their arrest by SAVAK, the Shah’s notorious secret police. Rajavi’s brother, Dr. Kazem Rajavi, organized an international campaign to save him, which included the assistance of top French officials, such as François Mitterrand Massoud Rajavi’s death sentence was commuted to life imprisonment. He spent the next seven years in prison before being set free on January 21, 1979, as a result of the uprising against the Shah’s dictatorship. After Khomeini seized power, Rajavi defended the rights of the people of Iranian Kurdistan in a speech that stressed the need to eliminate dual oppression. Rajavi refused to call the anti-monarchic revolution an “Islamic revolution,” and instead called for a democratic revolution, demanding safeguards for democratic freedoms.

In January 1980, Rajavi’s candidacy for Iran’s first presidential election was vetoed by Khomeini. According to the French daily, Le Monde: “According to varying estimates, had Imam Khomeini not vetoed his candidacy in the presidential election last January, Mr. Rajavi, would have won several million votes. He was, moreover, assured of the support of the religious and ethnic minorities - whose rights to equality and autonomy he defended - and a good part of the female vote, who seek emancipation, and the young, who totally reject the ‘reactionary clergy’...”

The Le Monde article went on to say: “The Mojahedin have not ceased denouncing, documenting and issuing calls about ‘the irregularities, pressures, fraud, and violence’ surrounding the first round of elections... Observers appointed by the Mojahedin who protested the election fraud were expelled from the premises, beaten, and sometimes arrested...”

Khomeini’s reasoning for his veto was that Rajavi had opposed the national referendum on Iran's new constitution, which established a theocratic government. Rajavi ran for a seat in the Majlis (parliament) but was not allowed entry to the Majlis through discrepancy in the vote tally and election process by the regime.

On July 29, 1981, a month after peaceful demonstrations by half a million MEK supporters in Tehran were turned into a bloodbath on the direct orders of Khomeini, Rajavi announced the formation of the National Council of Resistance of Iran, the democratic alternative to the religious, terrorist dictatorship. The umbrella group, which included representatives of many of the opposition groups from different parties with varying views, has been the longest-lasting political coalition in Iran’s history.

When the summary arrests, imprisonment, and executions of MEK members began to accelerate, Rajavi was forced to leave Iran. He traveled to Paris on board an Iranian aircraft from a military base in the heart of Tehran. The historic flight was organized by MEK supporters within the Iranian Air Force.

Mr. Rajavi made the difficult decision to initiate a peace campaign during the Iran-Iraq war, a decision which was overwhelmingly supported by the Iranian people, war-weary and grieving the loss of many of their loved ones.

In 1986, the French government was involved in negotiations with the Iranian regime over the fate of French hostages in Lebanon. It increased its pressure on Rajavi, resulting in his decision to travel to Iraq in June 1986. The Iraqi government at that time gave formal assurances it would recognize the MEK’s political, financial and military independence.

Massoud Rajavi managed the affairs of the NCRI and was instrumental in its expansion and resilience. He devoted most of his time to nurturing the organization and supporting efforts to topple the Khomeini regime. 219 members of the United States Congress signed a statement on July 8, 1992, in support of the National Council of Resistance, which said:

“...the time has come for the free world to form a common front against fundamentalism with those fighting for peace and democracy against the Iranian regime. In announcing a specific program and determining responsible policies vis-a-vis recent international developments, the National Council of Resistance, led by Mr. Massoud Rajavi, has demonstrated that it is determined and able to contribute to peace and stability in this sensitive region....”

Since the formation of the NCRI, Massoud Rajavi has concentrated his efforts on the Council. His management of the NCRI’s affairs has earned him the trust of the coalition’s members. The NCRI elected Maryam Rajavi,  as the President-elect of the NCRI in August of 1993.