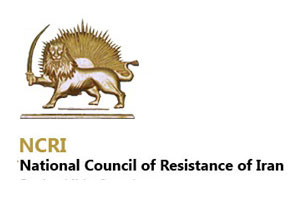 The National Council of Resistance of Iran (NCRI)

On November 7, 2019, the BBC World Service broadcast a report on the main Iranian opposition group, the Mujahedin-e Khalq (PMOI/MEK), replete with stale and threadbare allegations.

In a statement on the same day, the NCRI’s Security and Counter-Terrorism Committee responded to that report, clarifying and highlighting the frantic efforts of the religious dictatorship ruling Iran against the MEK cloaked under the disgraced banner of "former MEK members."

Four days later, on November 11, 2019, the Persian and English websites of the BBC posted a new version of that report, conveniently edited for consumption by the regime's media outlets and its Friday prayer leaders. The BBC’s accommodation of the Iranian regime’s propaganda machine clearly shows the lengths to which this outlet chooses to go to serve the mullahs’ regime, even as the religious tyranny is faltering under the weight of Iranian people’s resistance, regional developments and increasing international isolation of such a hideous regime.

The original 26-minute audio clip has about 4,000 words in content (available here). BBC editors, however, have removed and censored more than half of it in the version posted on the BBC websites. It is quite astounding that the BBC has engaged in “censorship of an already censored content.”

This is just the latest example of what the late legendary Iranian poet Ahmad Shamlou described as "the dastardliest type of censorship" practiced by the BBC, and reminiscent of its hostility towards the revered Prime Minister Dr. Mohammad Mossadeq and his Foreign Minister Dr. Hossein Fatemi. It also explains why the Iranian people refer to the BBC as “the Ayatollah” BBC. Still, the case of the Tehran’s disinformation campaign against the Iranian Resistance is so discredited that even the editors of the BBC were compelled to acknowledge statements by diplomats that say: "Some of the former members of the organization that have defected are definitely cooperating with Iran (regime)."