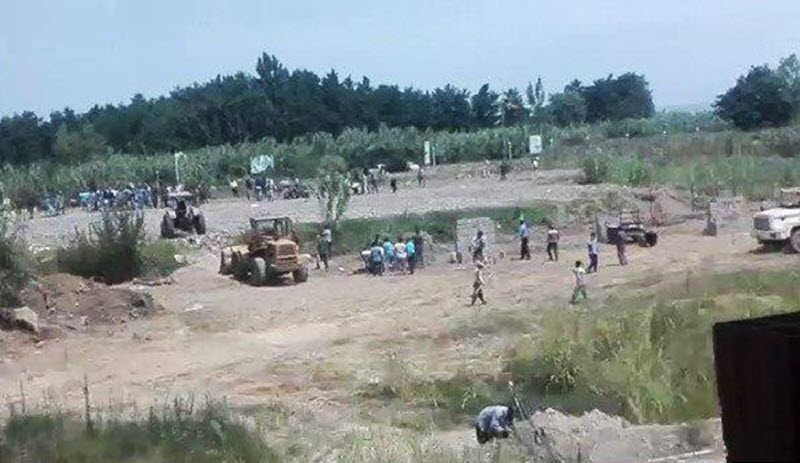 International call for condemnation of shooting and killing innocent civilians

On Saturday, a number of people in Mahmoudabad, in the northern Province of Mazandaran, protested against confiscation of their lands by Khamenei’s military forces. They demanded their lands back. However, mullahs’ air force personal opened fire on unarmed civilians killing and wounding a number of them.

Revolutionary Guard Corps (IRGC) and other security forces have confiscated land belonging to residents for suppressive proposes and financial gains.

The mullahs’ air force personal refused to follow the direct of mullahs’ court order to return the property to their rightful owners.

The IRGC call the protesters thugs and hoodlums who attacked the air force’s barracks and thus the personal defended themselves, according to the state-run news agency, Fars. To avoid people’s angry reaction, mullahs’ officials claimed that the personal involved in the attack fired in the air and since the land was not level, people got shot!

Maryam Rajavi: The reopening of all mosques and shopping centers is a criminal act by Khamenei and Rouhani; it will only send larger segments...
Read more
Statements: Human Rights

Four weeks after forcing the poor back to work, the number of patients has reached 2,815 in 24 hours, the highest in the...
Read more
Statements: Human Rights

Statistics from tens of hospitals and cemeteries indicate the death toll in Tehran Province with a population of 14 million is more than 10,000 4,875...
Read more
Search