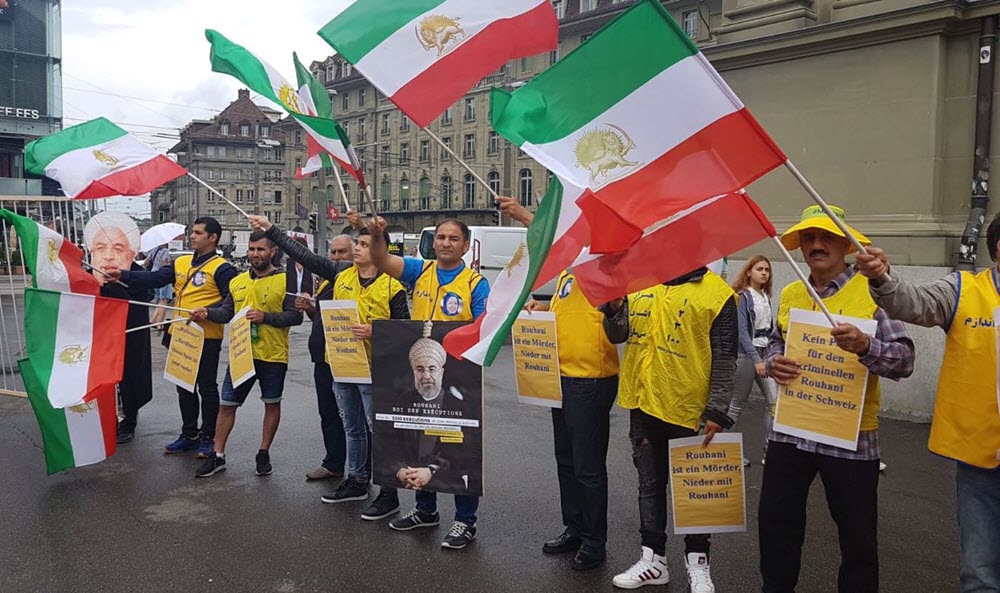 Simultaneously with Rouhani’s visit to Vienna, the embassy was preparing a terrorist attack on the Grand Gathering of Iranians and a massacre of a large number of innocent people

Assadollah Assadi, a diplomat-terrorist of the Iranian regime in Vienna, was the mastermind of a terrorist attack against the Grand Gathering of Iranians in Paris on June 30. In such a situation, the reception of Rouhani in Austria, scheduled for 4 July, will be a stain on democracy and human rights, encouraging terrorism and crime. This reception is a blatant violation of the values on which the European Union is based. This trip must be canceled.

According to a joint statement by the Federal Prosecutor’s Office and the Belgian Security and Intelligence Agency, a terrorist bomb attack on the Grand Gathering of the Iranian Resistance in Paris was thwarted during the weekend. At least 6 people were arrested in connection with this planned plot. Half a kilo of explosives and a detonator were confiscated. The mastermind of the planned attack was Assadollah Assadi, head of the intelligence station in the Iran’s Embassy in Vienna, who was arrested at the rest area on the Highway 3 of Germany. Assadi has held this position since August 2014.

The two terrorists who hid the bomb in their car are Amir Sadouni and Nasim Noumani, who resided in Antwerp. According to the confessions of the arrested terrorists, Assadi handed over the explosive device to them in Luxembourg to explode at the Paris gathering.

If this attack had happened at this mass rally, it would certainly have led to the massacre of a large number of innocent people.

The Iranian embassy in Vienna as well as the foreign ministry, the foreign minister, the minister of intelligence of the Iranian regime and Hassan Rouhani are undoubtedly directly involved in this incident and bear responsibility for it. The National Council of Resistance of Iran demands the disclosure of all details of this terrorist plan.

The Iranian Resistance calls for the cancellation of visit of Rouhani and Zarif, whose visit to Vienna scheduled for 4 July. Receiving the highest officials of state terrorism in a Member State of the European Union – especially concurrent with this foiled major terrorist plan – only encourages the regime to commit even more crimes and terrorism.