Iran Protests: Demonstrations, Gatherings by Iranians at the Hague, in Bern, Photo Exhibit of Martyrs in Stockholm 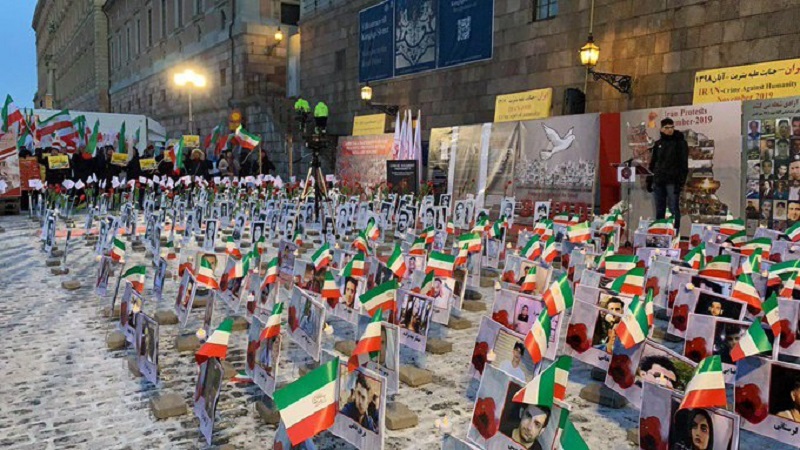 Voicing support for the Iran uprising, urging the UN to dispatch fact-finding mission to visit those arrested

On Human Rights Day, Iranians residing in the Netherlands gathered outside the Dutch Parliament, voicing support for the
Photo Exhibition in commemoration of 1000 martyrs incl women & minors who were indiscriminately shot & killed by Mullahs at
12000 in regime’s prisons waiting 4 torture & execution
Call on EU 2 & pic.twitter.com/5qGqeyXarA

Iranians also held a gathering at Helvetziaplatz in the Swiss capital, Bern, to voice solidarity with the Iran uprising and demand the condemnation of the mullahs’ crime against humanity.

Earlier, supporters of the People’s Mojahedin (PMOI/MEK) staged gatherings and protests to express support for the November Iran uprising and condemn the violent and deadly suppression of the Iranian people and youths. They urged the international community and the United Nations Security Council to implement the call on the UN by Mrs. Maryam Rajavi, the President-elect of the National Council of Resistance of Iran (NCRI), to dispatch a fact-finding mission to Iran to visit the prisons and those arrested.