Despite Brutal Repression, Iran Uprising Continues for the Third Day Among Slogans Death to Dictator, Death to Khamenei 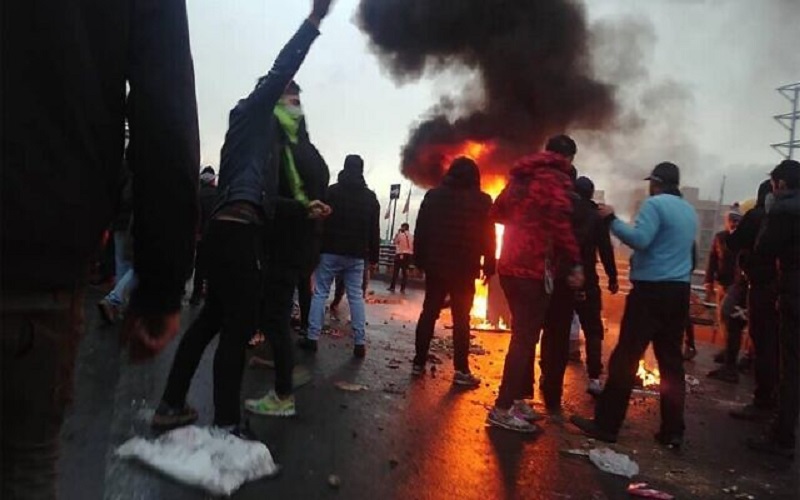 Despite brutal repression, the
Protesters are chanting, “Down with Khamenei!” targeting thre mullahs’ supreme leader and calling for the regime’s complete overthrow.pic.twitter.com/Iq2M8iI8N0

Presenting condolences for the heroic martyrs of the uprising, Mrs. Maryam Rajavi, President-elect of the Iranian Resistance, hailed the Iranian people in their uprising all over Iran. She added that Khamenei and his gang try in vain to keep their hold on power through such inhuman crimes. The religious dictatorship in power in Iran that has been committing crimes against humanity during 40 years should be discarded from the community of nations. UN Security Council, UN Secretary-General, UN Human Rights Council, UN High Commissionaire for Human Rights and other related international bodies and entities in defense of Human Rights should strongly condemn this regime and take appropriate decisions in this regard.

Previous articleSkirmishes in Tehran Streets, Uprising Spreads to Other Cities
Next articleLetter by MEK’s Press Spokesperson to the BBC