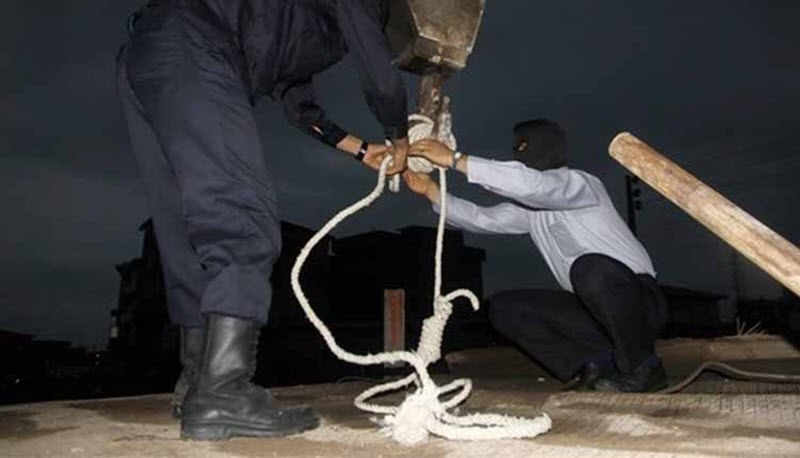 This morning, the religious and terrorist dictatorship ruling Iran hurriedly executed eight individuals under the guise of association with ISIS in order to overshadow its growing domestic and internationally scandal due to the exposure of its terrorist and criminal attempt against the Grand Gathering of Iranians in France.

The Iranian regime’s attempt for bombing amongst innocent people in France is exactly similar to ISIS operations; however, after one of its diplomat-terrorist and other terrorists were arrested while carrying explosives, it is trying to pretend being away from ISIS with these executions at this specific juncture. It is very understandable why the executions were carried out exactly after Rouhani returned from Austria and the political immunity of Assadollah Assadi, the regime’s diplomat-terrorist, was canceled in that country.

The regime used the incidents that unexpectedly happened at Khomeini’s tomb and the Majlis in Tehran on June, 7th, last year as an excuse for these executions. Today, there are very solid indications that the regime had arranged for those incidents or was involved in it.

The Iranian Resistance announced on June, 7, 2017 that such incidents– even if they were not ordered or ostensible– had no use for Khamenei other than an attempt for escaping the impasse he is facing.

Secretariat of the National Council of Resistance of Iran
July 7, 2018

Previous articleIran: Qassem Soleimani Supports Rouhani’s Threat to Cut off Regional Oil
Next articleIran Protests in Borazjan With Chants of ‘Death to the Dictator’