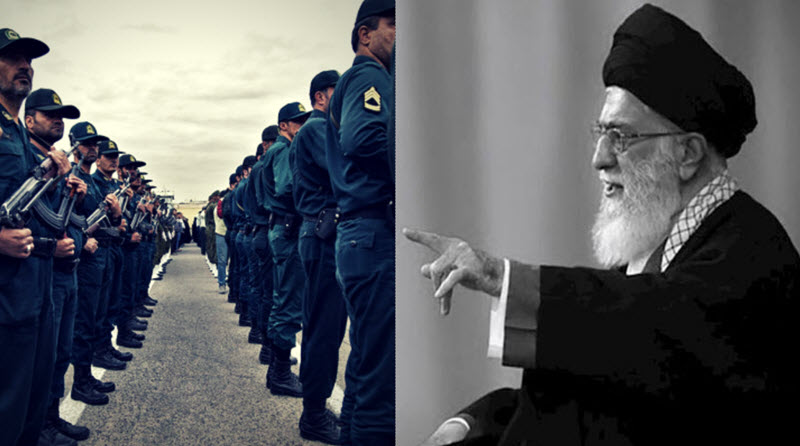 Along with the escalation of popular uprisings and nationwide strikes, Khamenei issued a special directive for the deployment of armed units in order to protect state offices and agencies in fear of anger and hatred of the people from the Velayat-e faqih (The supremacy of Islamic clergy) ominous system.

According to the IRGC news agency, the directive `for “Establishment of protection units in executive agencies” that was “approved by the Supreme Commander General, was notified to the relevant authorities to be executed”.

This directive “was articulated in order to protect the infrastructure, buildings, facilities, equipment and some of the specialized subject-specific missions of the executive agencies requiring armed protection, with the aim of developing, enhancing and strengthening the security of the mentioned apparatuses through the organization of armed units of executive agencies by the police force and by assigning security and protection to these apparatuses.” (Fars News Agency, affiliated to the Revolutionary Guards, May 27, 2018).

By such repressive measures, Khamenei and the Revolutionary Guards are trying to protect their regime against the anger of the people who are frustrated by the cruelty and oppression of this corrupt system. During the nationwide uprising in January, many government centers, repression and crime organs, the so-called theological centers and offices of the representatives of Khamenei and “Friday Imams” in many cities were occupied by the people and the demonstrators.

Secretariat of the National Council of Resistance of Iran
May 29, 2018