HamedNour-Mohammadi, a student of Shiraz University, slain in popular uprising in Shiraz by the mullahs’ regime 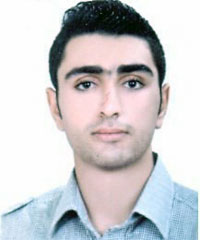 NCRI – HamedNour-Mohammadi, aBiology student in Shiraz University, was murdered by the criminal agents of the Iranian regime on Sunday, February 20 during the valiant uprising of people of Shiraz only because of his protest against the religious dictatorship ruling Iran. The mullahs’ murderers threw down this young student from the pedestrian bridge causing his death due to being hit by a car.

On the same day, brave people and youths of Shiraz, like in other cities, staged demonstration in Mullah Sadra Ave. and Sq. The rally, which was held in protest at the religious fascism ruling Iran and in commemoration of Sane’ Zhale and MajidMohammadi, two martyrs of Feb. 14 uprising, was brutally attacked by the regime’s suppressive forces.

By resorting to such brutalities, the atrocious regime of mullahs attempts in vain to save its faltering regime, whereasthese crimes only make the Iranian people more resolute to overthrow this medieval regime in its totality.

The Iranian Resistance calls on all international authorities and human rights organizations to condemn the regime’s heinous savagery. It also urges the UN Security Council to expel this antihuman regime from the international community and to cut all economic and political relations with it.

Secretariat of the National Council of Resistance of Iran
February 20, 2011

Previous articleAnother regime diplomat quits post
Next articleMaryam Rajavi : Uprising in Iran will continue till the overthrow of mullahs’ regime