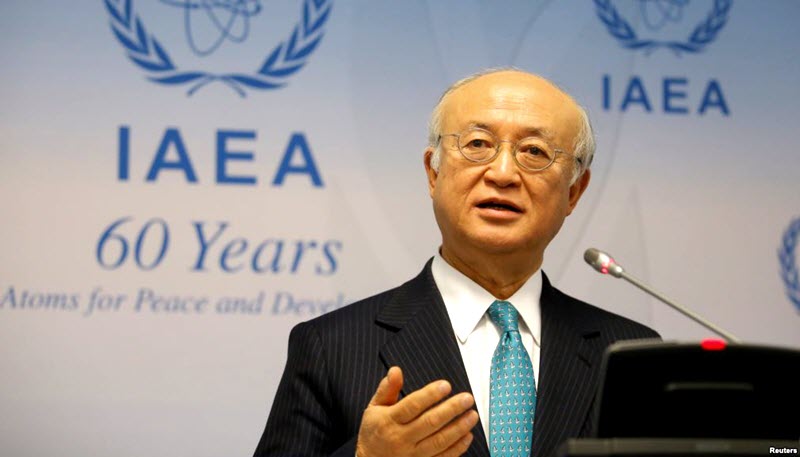 The International Atomic Energy Agency’s (IAEA) board of governors began their meeting in Vienna on Monday, September 10, and it should provide the perfect opportunity for a discussion about the potential military dimensions of Iran’s nuclear programme, especially following the recent discovery of an atomic archive in Tehran.

This discovery, no doubt covered in the briefings from the IAEA secretariat before the meeting, raised fresh concerns about whether Iran had declared all of its nuclear-related activities to the IAEA prior to the agreement of the 2015 nuclear deal.

An important prerequisite to the implementation of the nuclear deal, otherwise known as the Joint Comprehensive Plan of Action (JCPOA), was that all IAEA concerns about Iran’s nuclear programme being used for warfare be resolved.

However, in December 2015, when the IAEA board allowed the JCPOA to be implemented, the report from the director general of the IAEA stated that not all of the IAEA’s 12 areas of concern regarding the military use of Iran’s nuclear programme had been addressed. This means that the IAEA secretariat is still obliged to continue its investigation and report its findings to the UN, under UN Security Council resolution 2231.

It is incredibly important that the IAEA works to resolve this issue, especially in light of the nuclear archive that was recently revealed by Israeli Prime Minister Benjamin Netanyahu.

Olli Heinonen from the Foundation for Defense of Democracies said: “Maintaining such an extensive cache related to the design and manufacturing of nuclear weapons calls into question Iran’s compliance with provisions of both the Nonproliferation Treaty and the JCPOA, in which Iran committed never to seek, develop, or acquire any nuclear weapons.”

It appears that, as the Iranian Resistance have been saying for years, the Iranian Regime never really intended to comply with the IAEA or the 2015 nuclear deal.

After that, the IAEA should ensure that all relevant materials are destroyed or rendered harmless and the Secretariat should submit a long-term monitoring plan for approval by the board at its March 2019 meeting.

Yesterday, the regime’s Majlis (Parliament) adopted the “First Urgency” of a plan dubbed as “Strategic Plan of Action to End the Sanctions,” according to...
Read more
Statements

As the International Atomic Energy Agency (IAEA) Director-General Visits Iran, the Clerical Regime Tries To Kill Time and Play a New Game With the...

The need for the IAEA’s full inspection and unrestricted access to all sites and nuclear facilities of the regime Rafael Grossi, Director-General of the International...
Read more
Statements: Nuclear