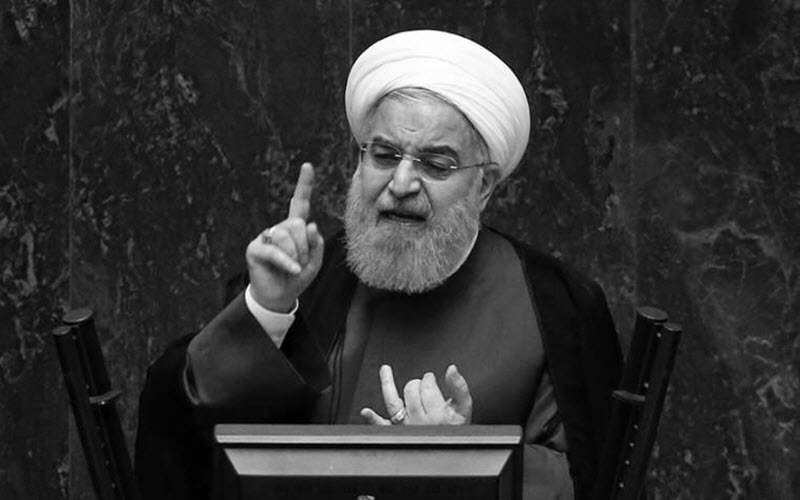 After two of Rouhani’s ministers were sacked, three quarters of MPs rejected his remarks

Following months of factional feuding and a power struggle within the regime, including the sacking of the ministers of labor and economic affairs by the regime’s Majlis (Parliament) in the past two weeks, this morning Hassan Rouhani appeared before Parliament to answer questions from 82 MPs about the economic situation. Following his remarks, MPs rejected four of his responses to five questions. About three quarters of those present considered Rouhani’s response to “extreme unemployment” and the “steep drop in the value of the national currency” to be inadequate.

Rouhani mendaciously put together bogus figures to present a positive picture of his government’s five-year record. However, he was forced to acknowledge the public anger and dismay at the mullahs’ regime. The problem, he said, is “all of a sudden, people’s perception of Iran’s future changed, and this is major problem. The issue of jobs and unemployment is a major problem. I accept this. Banking irregularities and the economic boom and the currency prices are all important issues, but they all pale in relation to the issue of public trust and hope… People have become doubtful about Iran’s future. Even worse, some have started to doubt our system’s grandeur, strength, growth and future development.”

Rouhani described the December/January uprising as the start of the crisis. “Suddenly the circumstances in the country changed. The date of this change was December 26, 2017. Anyone who gives a different date for the start point is, in my opinion, misleading the people. It began on December 26, 2017 when people saw suddenly that some people were chanting on the streets, and the slogans little by little went out of bounds. In previous years, such incidents were practically non-existent. The events of December/January encouraged Mr. Trump to declare in mid-January that he would not remain in the JCPOA. His threat of withdrawal and the domestic turbulence and international threats frightened the people.”

Rouhani offered lip service to Khamenei and the Revolutionary Guards (IRGC) in a futile attempt to defuse the factional infighting, but this failed to subdue MPs who opposed him. In his lip service, he went so far as to praise the role of the IRGC in preventing smuggling. This is while Rouhani and many of his allies had previously highlighted the key role of the IRGC in billions of dollars’ worth of major-scale smuggling.

Rouhani’s remarks today before the regime’s Parliament and the objections by those who previously had supported him show a dead-end and a worsening crisis and power struggle within this sinister regime, which has no solution to the people’s anger and the nationwide uprising.

Secretariat of the National Council of Resistance of Iran
August 28, 2018