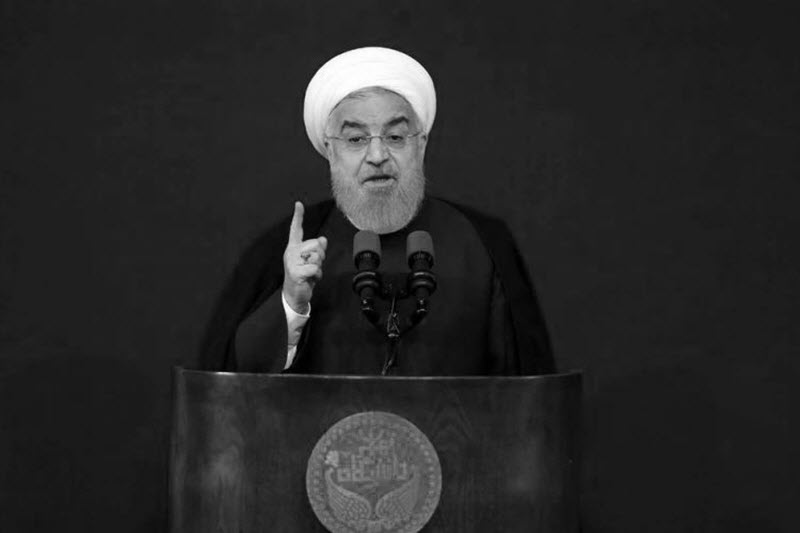 Rouhani, the president of the clerical regime, in an unprecedented confession in a speech at Tehran University on October 14, described the regime of Velayat-e-Faqih (clerical rule) on the verge of death, and called the only glimmer of salvation as “hope therapy”.

He said in a describing the state of the regime: "If a doctor tells a patient that you have come too late, the situation is very bad, pray, well this is the end, the patient will go on the verge of death, but for the same patient if the doctor says it is nothing, many had this illness and were healed, it is a bit difficult but you will go through it, don’t worry, I am at your side, this will be OK by 20% … hope therapy is right. Now speech therapy is not very effective but hope therapy gives hope to the person, says you don’t have any problem, you are alive and your problem will be solved.”

While calling continued and increasing crises of the country as rumors, Rouhani said: "Some rumors, how they become fatter and bigger in the cyber space and affect everyone, first it is a psychological issue that continues to put pressure on all of us." Under the pressure of protests, he said, "When they make 10.12, 15 criticisms in the newspaper, cyberspace, I say it is enough for today and I put it aside."

Fearful of the growing isolation of the regime and the end of several decades of appeasement policy, he said: "In the White House, the worst (people) have gathered ... They started with the psychological war. Economic war is their middle term goal. The war for the purposefulness of the regime is their third objective. Delegitimizing the regime is the ultimate goal. “Regime change” is achieved by delegitimizing, otherwise the regime will not change.