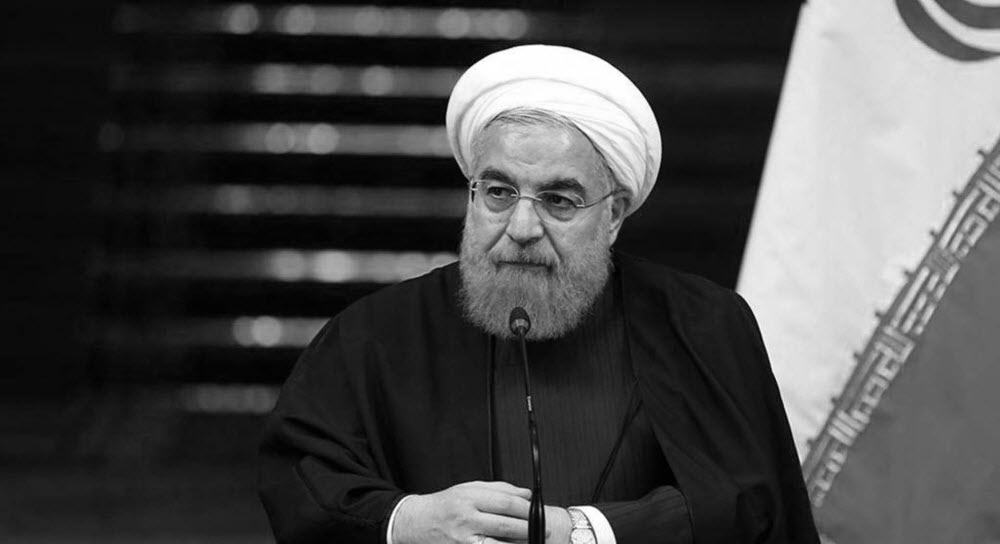 Rouhani, President of the ruling religious fascism in Iran, praised the Revolutionary Guards for firing at a US drone, and said, “we hit the drone with a system that is constructed in Iran, its missile is made by Iran, its radar is made by Iran, that is, we searched with our Iranian radar, we locked with Iranian radar, we targeted it with our Iranian missile ... We kiss the hands of all those who created this domestic industry in the Ministry of Defense, the hands of all who used this tool well in the Revolutionary Guards ".

Mrs. Maryam Rajavi, President-elect of the Iranian Resistance, said the above statement doubles the need to sanction Rouhani and place him on terrorist lists. During the last four decades and especially in the last six years, Rouhani has played a key role in all of the regime's crimes inside and outside Iran as the President and the chairperson of the clerical regime’s Supreme Security Council.

A few months after the nuclear deal, he confessed to leverage the presence in Syria and Iraq to get concessions in the nuclear talks. He said: "If our brave commanders did not stand in Baghdad and Samarra, and Fallujah and Ramadi, and if they did not help the Syrian government in Damascus and Aleppo, we would not have the security to be able to negotiate so well" (Feb. 8, 2016).

"Today, if we look at every corner in Afghanistan, Iraq, Syria, Lebanon, Palestine, everywhere, we see the footprint of bravery of Commander Suleimani," Rouhani said on May 10, 2016, adding that "the IRGC is present to defend our holy shrines in Iraq and Syria, to defend the oppressed in Lebanon, in Palestine, in Afghanistan, and other places that request assistance from the Iranian people and the Iranian government." (Qods Force Tasnim News Agency, May 10, 2016).

"We built, are building, and will build missiles ... We do not hesitate to build, manufacture, store, and use when necessary to defend ourselves, any weapons of any kind that we need," Rouhani said on October 29, 2017 in the clerical regime’s Parliament. He added that the United States disturbed the security of Syria, the security of Lebanon, the security of Iraq and the stability and security of Afghanistan, and wanted to "break down Iraq", and we "went to help the Iraqi people, to help the Syrian people, and we did not allow "the territorial integrity of Iraq to be undermined."

Since 1980, Rouhani has been calling for the execution of political dissidents in the Friday prayers in public, and as the secretary of the Supreme Security Council in 1999, he played a major role in suppressing the uprising of Tehran's students and people.

The Daily Telegraph wrote on March 5, 2006: In 2006, he (Rouhani) admitted that in negotiations with European Troika “how Teheran played for time and tried to dupe the West after its secret nuclear programme was uncovered by the Iranian opposition in 2002."