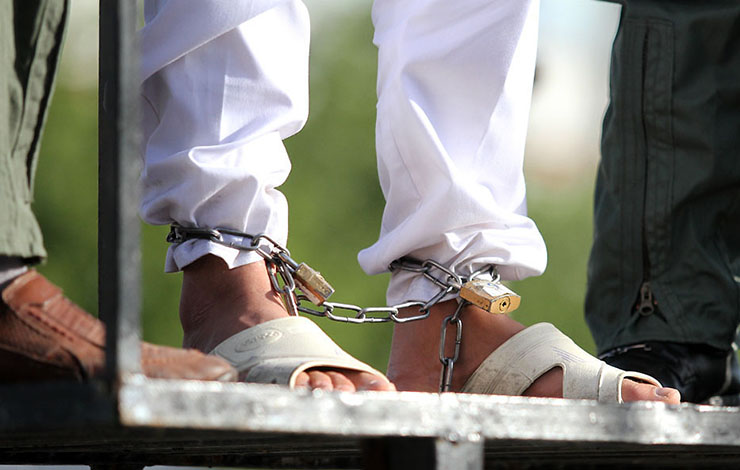 At a time when 23 prisoners were executed on May 17 and 18 in the prisons of Urumieh, Tabriz, Yazd, Yasouj, Sari and Mashhad across Iran, another 10 young prisoners between the ages of 21 and 25 are currently facing imminent execution. On Saturday, May 21, these inmates were transferred from various wards, including the youths’ ward, in Gohardasht Prison in Karaj (west of Tehran) to solitary confinement in the quarantine ward of this facility, specifically allocated for prisoners before being sent to the gallows. The Iranian Resistance calls on the international community and especially human rights organizations to take urgent action aimed at preventing these vicious executions. The goal of the mullahs’ regime in Iran, already engulfed in crises, in increasing the horrendous use of executions is to cement a climate of fear in society to rein in increasing social protests.

Yasouj public prosecutor Mehrdad Karimi said that these executions “will teach a lesson for others in the society, and the judiciary will take action with the utmost severity and full jurisdiction.”

“There is no longer any time for counseling and this is a black month for hooligans and thugs; a new trend has been launched in the judiciary system… in the next few days several hooligans and thugs will be executed,” said Isfahan Province police chief Abdulreza Agha-Khani while launching the oppressive “Social Security” plan from May 21 and announcing the arrest of seven individuals described as ‘hooligans and thugs.’

“In implementing the plan to improve security, the struggle against hooligans and thugs is priority number one, and actions will be taken against drug distributors, people harassing women, raucousness regarding vice and hijab regulations, violating luxurious halls and restaurants, dog runners and vehicles with +20% tinted windows,” he added. (State-run Tasnim news agency – May 21, 2016).

Secretariat of the National Council of Resistance of Iran
May 22, 2016

Spokesperson of the regime Health Ministry: This week, the number of cities with red status increased from 88 to 109. (IRNA, September 17, 2020) ...
Read more
Statements: Human Rights

Iraj Harirchi, Deputy Health Minister: We are in a stormy sea. Tehran has become a crossroads for the Coronavirus transmission in the country. Very...
Read more
Statements: Iran Resistance