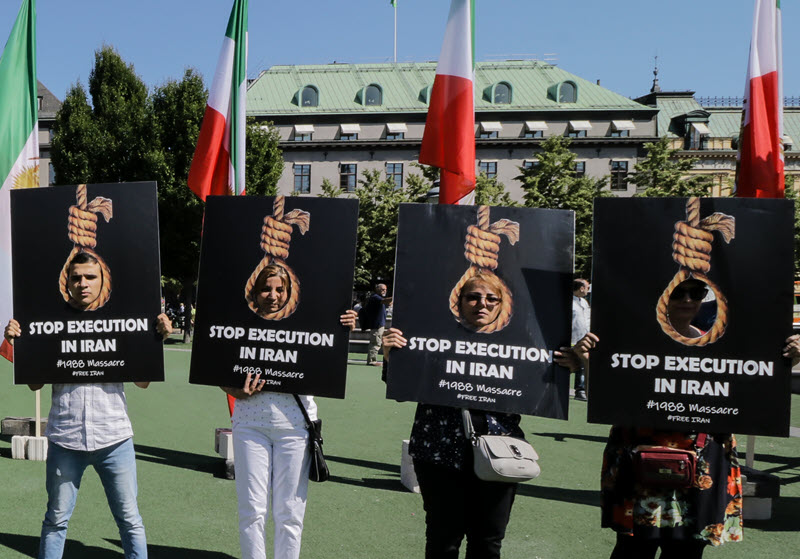 Arbitrary executions to spared fear to stop the escalation of uprising

The inhuman mullahs’ regime in desperate need of suppressing the popular uprisings has resorted to more executions. The mullahs’ agents hanged 39 prisoners only in July. Four were women and there was one public hanging. In past few days, the regime hanged seven other prisoners.

The religious fascism ruling Iran has resorted to more executions to escape the big social outburst.

The Iranian Resistance calls on the UN High Commissioner for Human Rights and the UN Human Rights Council as well as other human rights organizations and defenders in addition to the UN Security Council and the EU to condemn the new wave of executions in Iran. The Iranian Resistance also calls for binding decisions to stop the barbaric and systematic executions by the mullahs’ regime in Iran. Silence and inaction only emboldens the mullahs’ medieval regime in its crimes.
Secretariat of the National Council of Resistance of Iran
August 8, 2019

Maryam Rajavi: The reopening of all mosques and shopping centers is a criminal act by Khamenei and Rouhani; it will only send larger segments...
Read more
Statements: Human Rights

Four weeks after forcing the poor back to work, the number of patients has reached 2,815 in 24 hours, the highest in the...
Read more
Statements: Human Rights

Statistics from tens of hospitals and cemeteries indicate the death toll in Tehran Province with a population of 14 million is more than 10,000 4,875...
Read more
Search