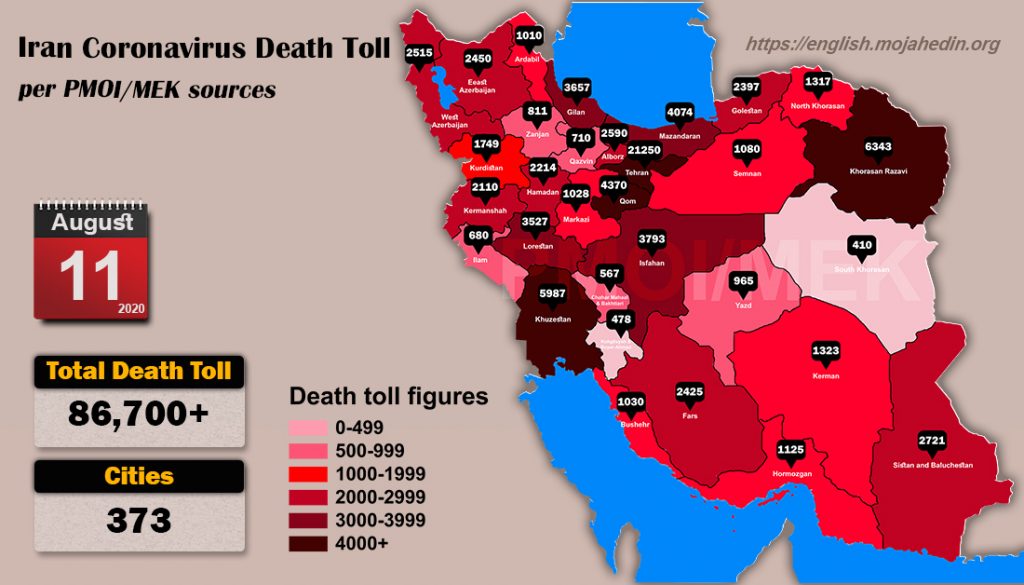 Iraj Harirchi, regime’s Deputy Health Minister: It cannot be denied that we cannot speak our minds, because of the economic characteristics of the country.

Alireza Naji, head of the Virology Research Center, told ISNA, today, “With the onset of the cold season, we are worried about the spread of the flu. While we have not yet curbed the first wave of the Coronavirus and are facing the second wave, which comes along with the flu. During the last six months, we have not been able to rebuild the treatment system. We must see what successful countries that are not far from, and like us have done? And [learn] what we need to do. We must use a stable model that exists in the world and in successful countries.”

Many prisoners, including political prisoners, have been infected with Coronavirus in various prisons, including Evin, Greater Tehran (Fashafuyeh), and Urmia, putting thousands of prisoners are at risk.

Recalling that the mullahs’ regime is incapable of ensuring the health protocols of its prisons, Mrs. Maryam Rajavi, the President-elect of the National Council of Resistance of Iran (NCRI), again called on the United Nations to take immediate action to stop the ongoing tragedy in prisons and to force the regime to release prisoners temporarily until the end of the pandemic.

The clerical regime is unable to provide and guarantee the necessary hygienic restrictions inside its prisons. The UN needs to take urgent action to compel the #Iran regime to stop this catastrophe by temporarily releasing all prisoners, including the political prisoners.

Many prisoners including political prisoners of Evin Prison, Great Tehran Penitentiary, the Central Prison of Urmia, among others, have contracted the #coronavirus and so, thousands of prisoners in #Iran are vulnerable to the disease. #FreePoliticalPrisoners