Iran: Death sentence for political prisoner who was 17 when arrested is confirmed 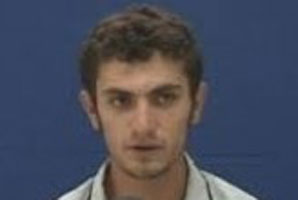 Mullahs’ regime judiciary confirmed the death sentence for nineteen year old Saman Nassim. Mr. Nassim who is from Marivan is currently held in Urumiyah central prison. He was arrested in June 2011 when he was only 17 and was condemned to death on charge of Moharebeh for being a PJAK member.

A great number of prisoners who were minors when committing their alleged crimes are on the death row in various cities of the country and some of them are clandestinely executed. Hamid Tabkhi, who was executed in Adel-Abad prison in Shiraz on January 4, was under 18 years of age. Similarly, on January 8, Omid Hosseini, 21, was executed along with two other prisoners in that same prison.

The shredded system of Velayat-e faqih,on its way to downfall and fearful of nationwide demonstrations, has intensified its suppression, especially employment of the barbaric death punishment. Just in the first two weeks of 2014, forty prisoners have been hung in different cities.

Appeasement of this anti-human regime and spreadingthe illusion of moderation for the henchmen ruling Iran will only embolden them and intensify suppression in Iran.

Secretariat of the National Council of Resistance of Iran
January 21, 2014

Regime's Health Ministry: 3,117 new cases in the past 24 hours, fourfold increase in one month, roughly equal to highest in the country in...
Read more
Statements