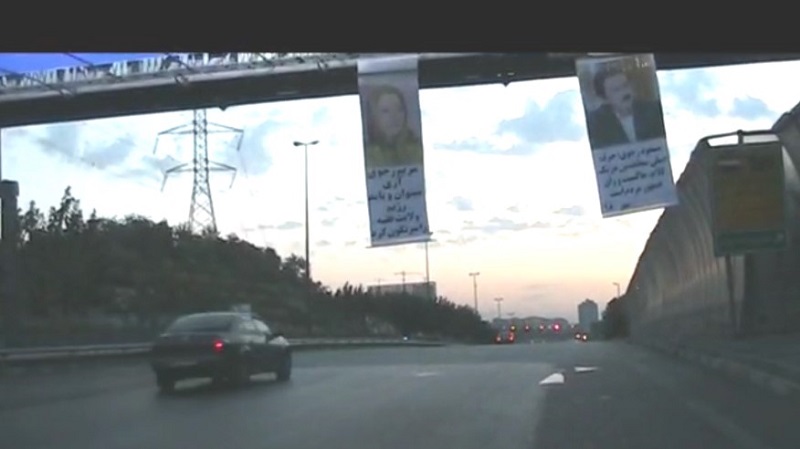 Defiant youths’ activities spread in most parts of the country in the past few weeks and were acknowledged by the furious mullahs’ regime.

On October 4, 2019, a government-run website Khabar-Fouri (Breaking News) published two pictures of Iranian Resistance’s Leadership in Gisha district of Tehran. Khabar-Fouri wrote: “, but it is achievable, and I urge every one of you, the aware and freedom-loving students and youths who seek equality, to join the struggle to achieve it. pic.twitter.com/23DwWKEDjs

Since the start of the new school year two weeks ago, hundreds of large posters of Iranian Resistance’s Leadership with calls for uprising and overthrow of the mullahs’ regime have been posted in different cities in Iran. Defiant youths have also torched dozens of symbols and centers of mullahs’ regime in cities across Iran.

Previous articleIran-Lordegan protests: Mrs. Rajavi hails the protesters and urges youths to support them
Next article‘Teacher’s Place Is Not in Prison’ – the New Academic Year Has Begun in Iran