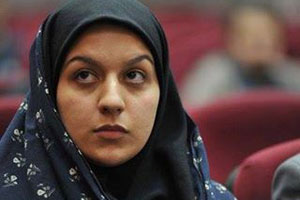 The Iranian Resistance calls on all international bodies and human rights organs to take urgent action to save the life of female prisoner Rayhaneh Jabbari, 26, who is about to be executed. In particular, the Iranian Resistance calls on the UN Special Rapporteur on executions and the Special Rapporteur on the situation of human rights in Iran and the organs defending women’s rights to use all tools available to them to stop this barbaric sentence from being carried out.

A few hours ago (Monday afternoon, September 29), mullahs’ regime henchmen have secretly transferred Ms. Rayhaneh Jabbari from the prison in Qerchak of Varamin to solitary confinement in Gohardasht Prison. Prisoners who are to be executed are usually transferred the night before their execution to the solitary confinements in Gohardasht to be hanged the next morning. It is said that the reason she has been secretly transferred was to prevent protests by other prisoners.

In response to Rayhaneh’s mother, the prison henchmen of Gohardasht have confirmed that she has been transferred to that prison and added: Her name is on the list of those to be executed. Come in the morning and receive her body.

The misogynic regime of the mullahs is attempting to intensify the atmosphere of terror in the society and to terrorize all women and youth who have not succumbed to the oppression and vulgarly of regime’s elements.

Secretariat of the National Council of Resistance of Iran
September 29, 2014