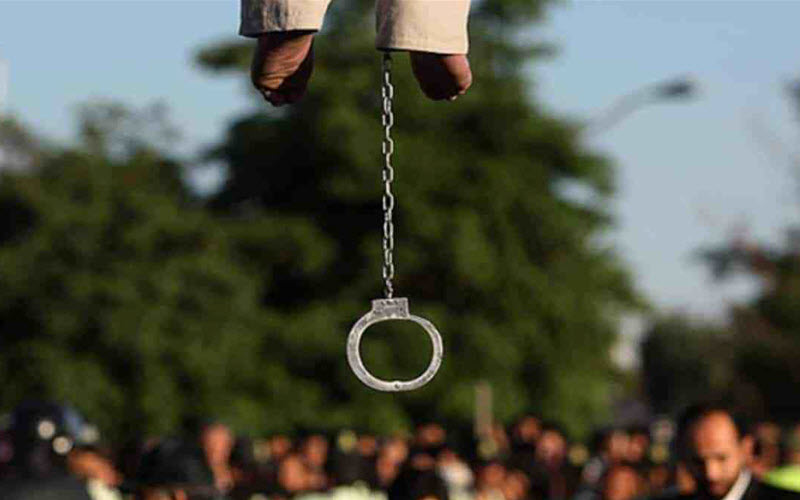 On August 28, 2019, the mullahs’ anti-human regime hanged eight prisoners en masse in Gohardasht Prison in the city of Karaj, west of the capital, Tehran.

The same day, it publicly hanged from a construction crane Hamid-Reza Derakhshandeh, 47, for killing the Friday prayer leader in the town of Kazerun, southern Iran. Fearful of sanctions being imposed on the carne company, the henchmen had covered the company’s brand with a piece of cloth.

Encircled by irremediable economic and political crises and facing regional and international isolation, the clerical regime has resorted to such barbaric executions to prevent the escalation of popular uprisings.

The Iranian Resistance calls on the United Nations Secretary General, the UN High Commissioner for Human Rights, and all international human rights organizations to condemn the new wave of executions in Iran. It also underscores the need to refer the appalling human rights dossier of the religious fascism ruling Iran to the UN Security Council for the adoption of binding decisions and punitive measures.

The Peoples Mojahedin Organization of Iran (PMOI / MEK) announced on April 2, 2020, that the Coronavirus death toll has risen to more than...
Read more
Statements: Human Rights

The People's Mojahedin Organization of Iran (PMOI / MEK) announced this afternoon, April 1, 2020, that the fatalities of Coronavirus have risen to more...
Read more
Search