IRAN: Protesters in Karaj Chant: High Prices! Inflation! We Can Not Tolerate; Death to the Dictator 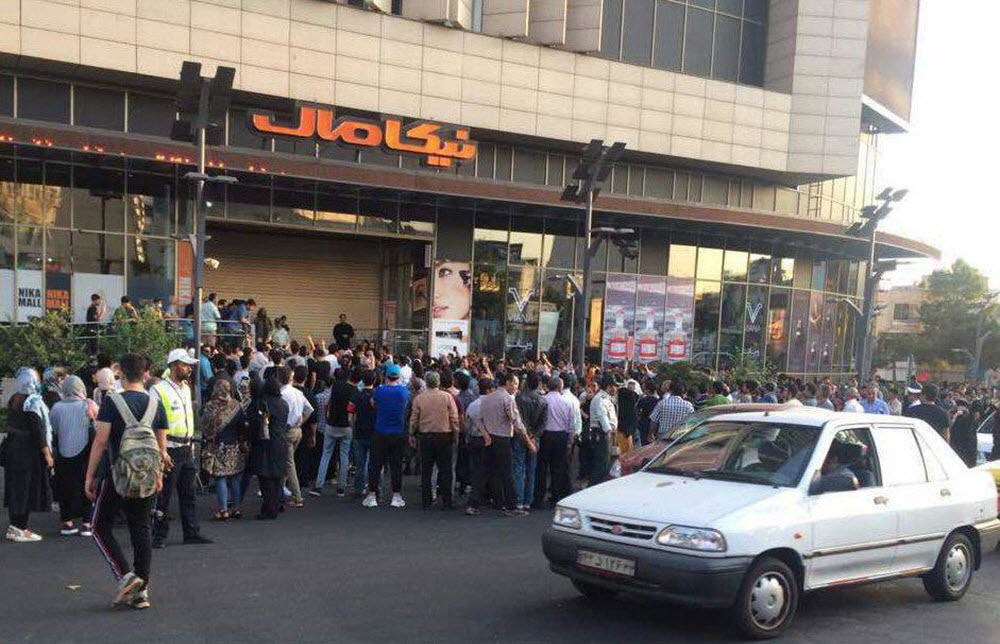 The frustrated people of Karaj protested from the afternoon of July 31 in Gohardasht First Square, with the slogans of: “High prices! Inflation! disaster of people; High prices! Inflation! we can not tolerate, death to the dictator; the nation is begging, Ayatollah (Khamenei) is the Lord; Tanks, Cannons, Firecrackers, the mullah must go! Do not be afraid, we are all together; Today is the day of mourning, the money of the Iranian nation is under the garb of the mullah today; rising today; our enemy is the mullah but they falsely blame the United States; Security forces, Support! Support! This courageous uprising continued until the middle of the night.

The Police repressive forces, riot guards, revolutionary guards and plainclothes murderers tried to disperse the people by attacking them and throwing tear gas into the crowd, but the youth struggled with resistance and skirmishes. They continued to confront the bassijis and forced them to flee by chanting slogans of: “Proud Iranian, support, support; The uprising continues as long as the dictator is in power; and even if the Basijis are poured from the sky, the uprising continues”. In order to confront the brutality of the mercenaries, the youth made barricades and stopped vehicles from moving by lying down on the streets.

Mrs. Maryam Rajavi, the President-elect of the Iranian Resistance, saluted the brave people of Karaj, Isfahan, Shiraz and other risen cities, and said the source of all the darkness of the Iranian nation is the religious dictatorship ruling Iran, which has wasted the assets and generations of our homeland. Now, the world sees that despite the massive repression of religious fascism, the uprising of the Iranian people every day flames up and suffocates the Velayat-e faqih, announcing the arrival of the spring of freedom in the captive country.

Secretariat of the National Council of Resistance of Iran
July 31, 2018