Iran Protests: Sixteenth Day of the Uprising for Regime Change 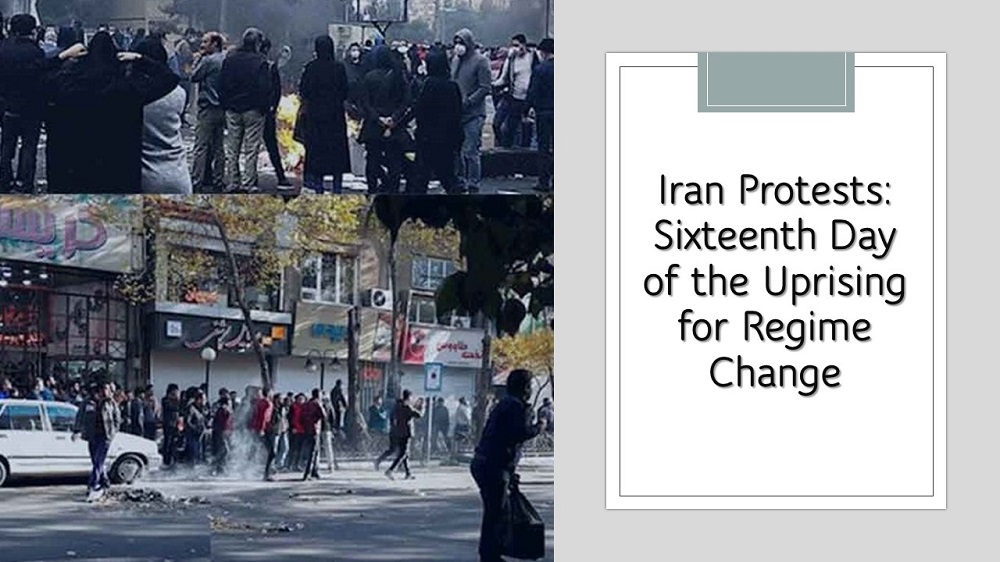 The content of this page will be updated with the latest news of the  security camera footage catches the regime’s security forces (thugs) vandalizing private property during in the SW city of Shiraz. This is while the regime parades detained protesters on camera blaming them for private property vandalism.
⚠️+450 killed
⚠️+4000 injured
⚠️+10,000 arrested
& 2 express support 4 people’s uprising for & democracy.
Protesters chanting regime Supreme Leader Ali Khamenei is a disgrace and his hands are drenched in the youths’ blood.
She was shot 3 times by Special Units of State Security Force in protests in Karaj. Gov. agents warned her family agnst disseminating news of her death when handing over her body.
RIP Mahnaz – will B free

Golnaz Samsami, was a mother of a 7-year-old boy.

We had published her video earlier w/o identifying her name. pic.twitter.com/8idt6cCjTN

Three women have been arrested in Karaj for taking part in protests against the increase in the price of gas, commander of the State Security Force (SSF) of Alborz Province announced.

Read more:  Fifteenth Day of the Uprising for Regime Change