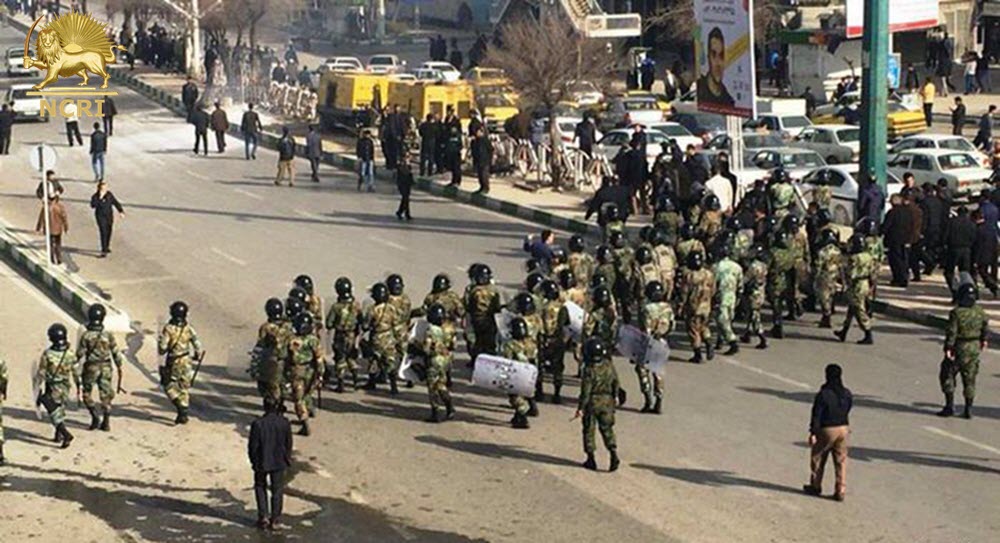 Following the heroic uprising of the people of Izeh (in Khuzestan province) where the repressive forces were unable to confront the people and many of the regime’s agents ran away, the clerical regime dispatched many groups of IRGC and Bassij forces from the surrounding areas to suppress the people, and practically imposed an undeclared curfew in this city. Guards and other agents are constantly patrolling on vehicles or on foot across the city, especially during the night.

IRGC and intelligence forces arrested a large number of youths in the city. Arrests are going on. The number of arrestees reaches at least 116. The mullahs’ regime is trying to prevent the continuation of the uprising by creating fear among the youth. These crimes only make the people more determined to overthrow this regime.

The Iranian Resistance calls on the Security Council, the Secretary-General and other relevant organs of the United Nations to condemn the crimes of religious fascism ruling Iran against demonstrators, and take immediate action to release the arrested people during recent days throughout Iran.

Secretariat of the National Council of Resistance of Iran
January 4, 2018

Previous articleAmnesty International: At Least 1,000 Detained Iranian Protesters at Risk of Torture
Next articleIran Regime Is Weak and the Protests Show That