Kermanshah: Demonstration With Slogans "Death to the Dictator" And "Bread; Job; Freedom" 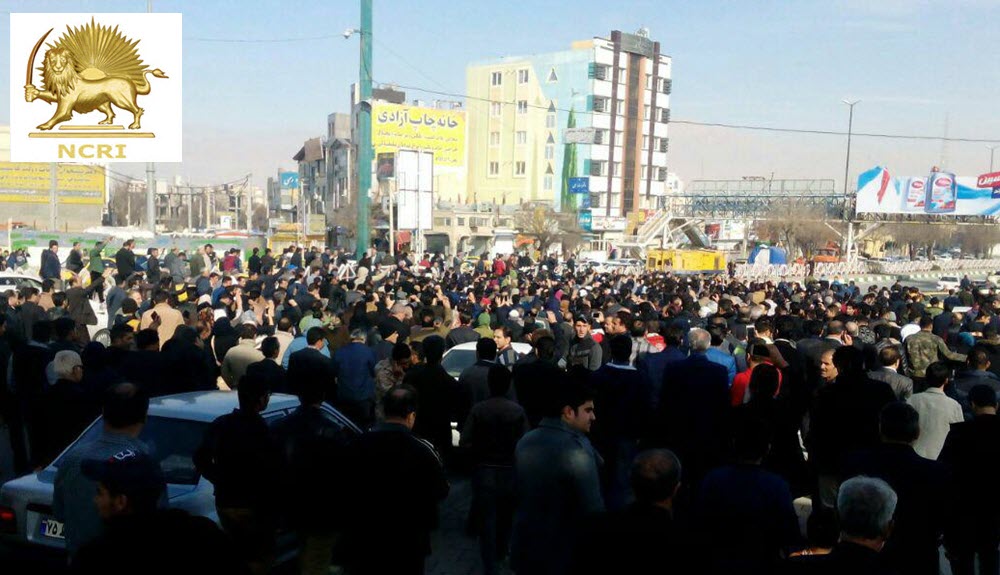 Uprising No to High Prices-No. 6

In solidarity with the people of Mashhad uprising and "No to High Prices" demonstration, the people of Kermanshah since Friday morning, December 29, rushed to the streets and chanted slogans “death to the dictator”, “do not be afraid, do not be afraid, we are all together”, “Death to Rouhani”, “political prisoners should be freed”. The number of demonstrators is increasing.

Meanwhile, a variety of repressive forces and riot police are densely deployed across the city. A special unit equipped with a water-cannon vehicle is trying to disperse the people. However, the people do not leave the scene and are confronting them while chanting: “impudent, impudent”. On their path, the people also chanted, "The nation is poor, the Leader is like God”, "Neither Gaza, Nor Lebanon, My Life For Iran", "Bread; Job; Freedom", "No to High Prices".

In Mashhad, in fear of another demonstration, the regime has stationed riot police and IRGC forces with complete equipment in the streets and squares of the city. They are riding on motorcycles and cars, and water-cannon vehicles are stationed in different parts of the city.

In Tehran, Kerman and Tabriz, repressive riot police and motorcyclists have been deployed to prevent the formation of any protest movement in the main squares and junctions of the city.