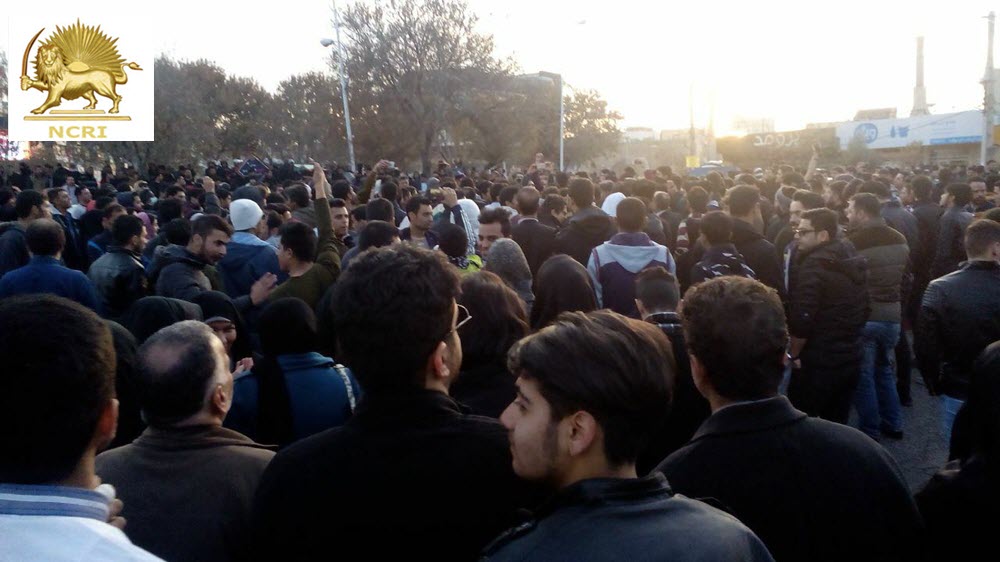 Uprising No to High Prices - No. 7

Maryam Rajavi: Uprisings of Kermanshah and Mashhad and other cities are death knell for the corrupt dictatorship of mullahs, and the rise of democracy, justice and popular sovereignty

NCRI - Mrs. Maryam Rajavi, President-elect of the Iranian Resistance, saluted the people of Kermanshah and other cities who rose up on Friday chanting “death or freedom”, “death to Rouhani”, “death to the dictator”, and “political prisoners must be freed”, and took part in protests against high prices, poverty and corruption.

She said, “Yesterday Mashhad, today Kermanshah, and tomorrow throughout Iran; this uprising is the death knell of the overthrow of the corrupt dictatorship of the mullahs, the rise of democracy, justice and popular sovereignty.

Mrs. Rajavi called on the Iranian people, especially the youth and women throughout the country, to join the "No to High Prices" uprising, saying that “the corrupt dictatorship of the mullahs will undoubtedly fail against your national unity and solidarity, resistance and continuity of your rightful uprisings.”

She added that the record of the mullahs’ rule in the past four decades has been nothing but inflation, poverty and corruption, torture and execution, killings and aggression. The bulk of the people's wealth, including the money released in the nuclear deal, is either spent on repression and export of terrorism and war, or is plundered by the regime's leaders. The overthrow of the religious fascism is the first step out of the crisis that is intensifying every day.

She said that the mullahs’ regime has no future; investment on it is doomed to failure, and it is time that the international community recognize the Iranian people Resistance to overthrow that regime.