Demonstrators in Karamshah: Political Prisoners Must Be Freed. Rise up, Rise up You, Young Iranians ! 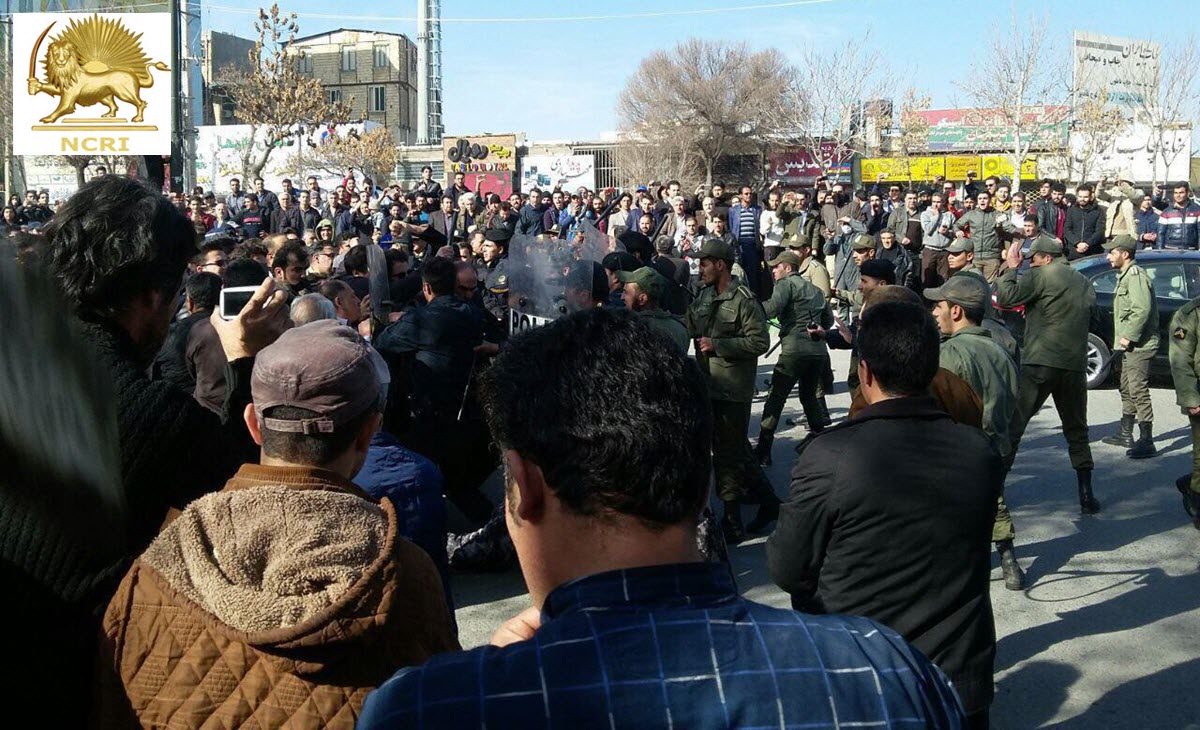 During the uprising of the heroic people in the city of Kermanshah, the capital of the Western Kermanshah province on the morning of Friday December 29, people tore down the regime's signs and banners, especially the Basij and IRGC banners. The anti-riot forces attacked the demonstrators with batton and severely beat and injured a number of people. The suppressive forces also began to disperse the people with the opening of high pressure water. The women with the slogan of "Shame, Shame, Police shame", "Do not be afraid, we are all together," challenged the mercenaries.

The anti-riot killers were saying with loudspeakers : "Your gathering is illegal, leave the region sooner." But people heckled them and chants of "Political prisoners must be freed", "Death to the dictator," and "do not be afraid,", "Iranian youth; rise up, rise up ! ", " Neither Gaza, nor Lebanon, my life is a sacrifice for Iran" resonated in the sky of Karamshah.

The mercenaries of anti-riot unit were trying to disperse people with both intimidation and bribery, but the youths answered back by chanting slogans "Death to Rouhaniand" and "liar liar ".