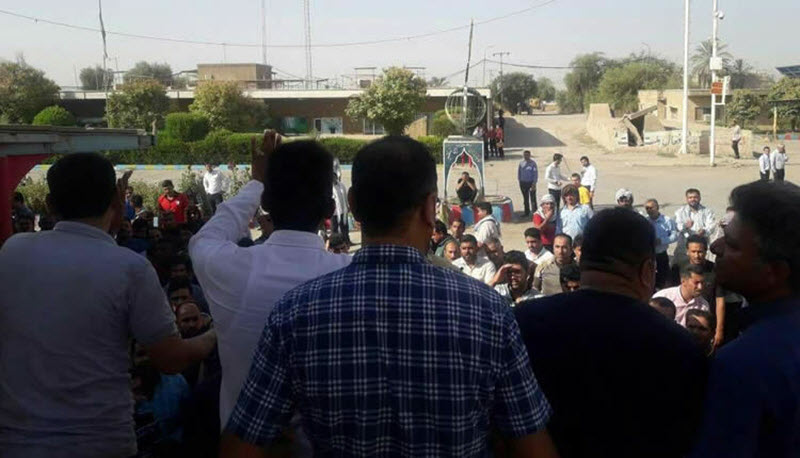 On Monday, August 20, 500 workers from different parts of the Haft Tapeh sugar cane factory continued their strike for the third day in a row. They are protesting non-payment of at least three months of their salaries and benefits, and failure to materialize deceptive promises of company directors, including the hiring of daily paid workers, as well as the employer's refusal to pay their premium to the social security account and the separation and sale of agricultural land and industrial estates. Workers demand the formation of independent labor councils.

Officials of the regime have so far avoided any action and response to workers' protests and to address workers' problems.

In Ahvaz, the workers of the National Steel Group gathered in front of the National Bank in protest against the failure to pay four months' salaries and a shortage of raw materials for the second day.