IRAN: During the January 2018 Uprising 4,600 Youth Were Arrested 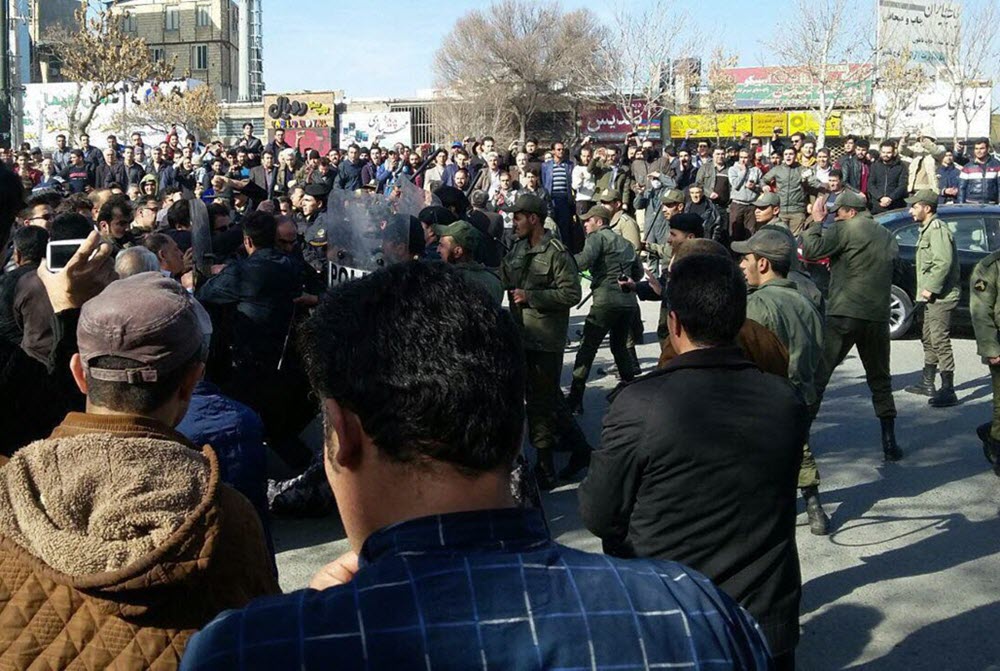 Revolutionary Guard Hassan Abbasi, in an interview with the state television, acknowledged that during the uprising of 2018, about 4,600 young people were arrested by repressive forces. He rejected the possibility of any "velvet revolution" or "color revolution" in Iran, and said: "What happened in 2018 was 4500-4600 of these young people in the street who were arrested." (Ofogh state TV, June 1, 2019)

The Iranian Resistance said in a statement on January 11, 2018, that the number of arrested people in Iran's nationwide uprising reached to at least 8,000. At least 14 of those arrested were killed under torture, but the clerical regime in Iran shamelessly announced they had committed suicide in prison.

Political arrests has continued continuously since the uprising of 2018 until now, and many of them are still in jail and sentenced to long term prisons. Two weeks ago, a political prisoner named Abdollah Ghassempour was sentenced to death on mullahs-made charges of "aggression", "assembly and collusion against the regime" and "membership and propaganda and cooperation with the PMOI", and three others were sentenced on similar charges, to five and half years prison.

The Iranian Resistance, emphasizing that political prisoners are subject to torture and executions, calls for urgent action by the Secretary-General of the United Nations, the High Commissioner and the Human Rights Council of the United Nations and international human rights organizations to release the detainees and to designate delegations to visit regime prisons and to meet with political prisoners.

Secretariat of the National Council of Resistance of Iran
June 3, 2019