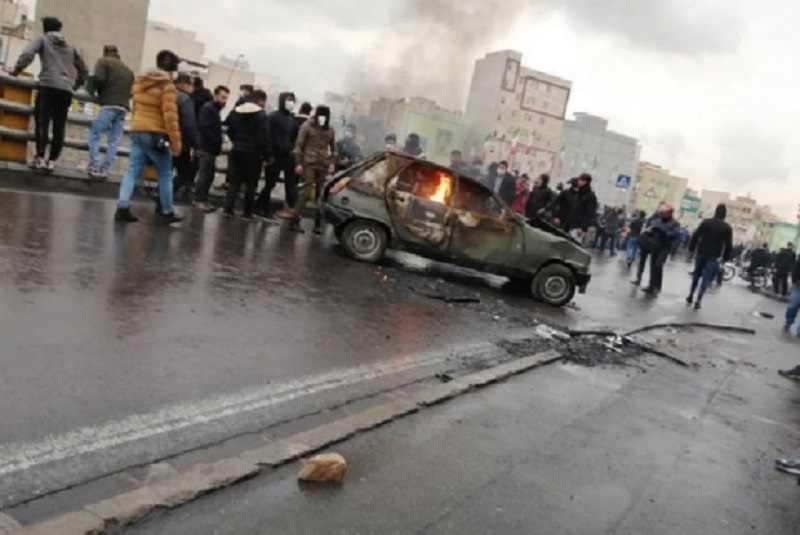 Today, Sunday, November 24, 2019, despite the presence of herds of Revolutionary Guards, the paramilitary Bassij, the State Security Force (SSF), plainclothes agents, and Intelligence Ministry agents in streets and city squares, young people demonstrated and clashed with the suppressive forces in many cities on the 10th day of the uprising.

Tenranpars (east Tehran) was the scene of demonstrations, clashes and hit-and-run skirmishes between the people and the suppressive forces. Heavily-armed agents have blocked streets leading to Tehranpars to prevent the spread of demonstrations and clashes.