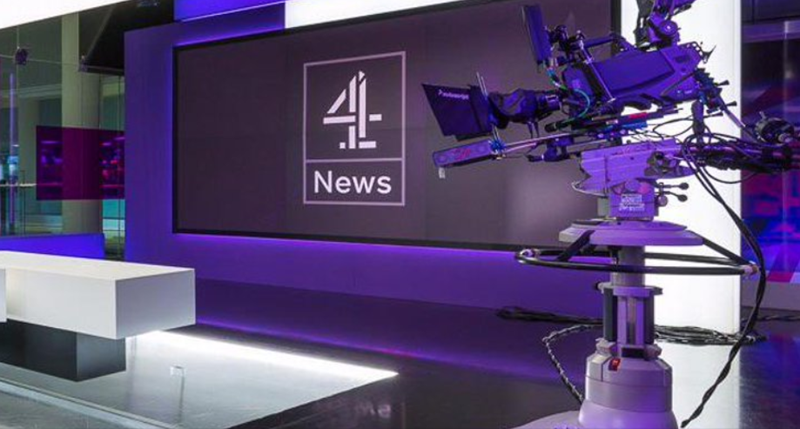 On Friday, August 10, 2018, a three-person television crew secretly and without prior notice filmed and photographed inside the residence of members of the People’s Mojahedin Organization of Iran (PMOI), refugees in Albania, from adjacent land. Local Albanian security agents who spotted this suspicious and illegal act asked them to stop filming and to hand over the recordings. But the crew, who introduced themselves as Britons working for Britain’s Channel 4 TV, ignored this request and continued their work until Albanian police moved in and took them to the police station.

At the police station, it became clear that one of these three individuals had a UK press card from Britain’s ITN, which had expired in March 2018. The other two, who had falsely introduced themselves as being British, refused to provide an identity card, and then they turned out to be Albanians. The two had previously collaborated with several mercenaries of the Iranian regime to prepare another television program against the PMOI. One of them, Vincent Triest, who is also a Dutch citizen, travels to Iran frequently.

The next day, news of their visit to the PMOI site and photographs taken from the site appeared on the Facebook page of Massoud Khodabandeh, a notorious agent of the Iranian Regime’s Ministry of Intelligence (MOIS), and on the Iran-Interlink website run by the MOIS. As such, it became clear that this audio-visual team from Channel 4 is in active communication with this intelligence agent of the Iranian regime and has been tasked with preparing a program to demonize the PMOI. But when the MOIS realized that the publication of the news and photos had tarnished its plot against the Mojahedin, they ordered them to be removed on August 12.

The secret and unannounced filming of the PMOI residence occurred despite the fact that Channel 4 and ITN could have easily contacted PMOI and NCRI representatives both in Albania and in the UK. At the police station, it also turned out that the said team had the contact information for the PMOI representatives at hand.

Subsequent research showed that another person, Darius Bazargan, who sometimes introduces himself as an NBC correspondent, sometimes as an ITN correspondent, and sometimes as an independent producer, is among those involved in the project. A look at his tweets over the past six months shows his hysterical hostility toward the PMOI. He even described the terrorist plot against the Iranian grand gathering in Paris on June 30 and the arrest of the regime’s terrorist diplomat Assadollah Assadi, who, according to Belgian and German officials, personally delivered the bomb to the terrorists, as an “murky story”.

He relays the false claims of Mostafa Mohammadi, another MOIS agent, that the PMOI has kidnapped and taken her daughter hostage. Ms. Somayeh Mohammadi, 38, is a member of the PMOI who refused Mostafa Mohammadi’s request to leave the Mojahedin and collaborate with the Iranian regime. The Ministry of Intelligence has deployed this agent to Albania since July 8 and has paired him with an Albanian agent of the regime, Olsi Yaxi. Mostafa Mohammadi received a visa from the Iraqi embassy in Tehran in 2008 and went to Camp Ashraf to psychologically torture the Mojahedin. He was one of the leaders of a group of intelligence and Quds Force agents who, from February 2010 to December 2011, for 23 months, threatened to murder and burn Camp Ashraf residents round the clock with 320 loudspeakers (films and photographs are available).

Last March, a terrorist plot against the PMOI membersin Albania, that aimed to bomb their Norouz ceremony, was thwarted and two Iranians, who introduced themselves as journalists, were arrested. Albania’s Prime Minister Edi Rama disclosed the plot on April 19, 2018. The US State Department has also documented this unsuccessful terrorist attempt in its July 2018 report on the mullahs’ regime terrorism.

On August 10, immediately after the arrival of the Channel 4 filming crew, a PMOI press spokesman wrote an urgent letter to the channel’s editor, stating the record and threats facing the Mojahedin in Albania: “We are very worried that the filmed videos end up in the hands of the Iranian Ministry of Intelligence,” but did not receive any response. He sent another letter to the editor on August 13 about the publication of the photographs, describing the record of MOIS agent Khodabandeh and attaching two reports by a UK Parliamentary group and the US Federal Research Division of the Library of Congress about his dependence on the MOIS, and seeking an explanation from the editor. The letter remains unanswered.

The NCRI Security and Anti-Terrorism Committee warns against the misuse of Channel 4 by the religious fascism ruling Iran to collect information for subsequent terrorist acts, and it emphasizes the urgent need for the television station to respond promptly and unambiguously to the following points, which have been raised in the second letter by the press spokesman and have so far remained unanswered:

1. What is the mission of the dubious filming crew, who chose its members, and what was the criteria for their selection?

2. Why was the video recorded covertly from the insides of the premises without the knowledge of the residents and their representatives who were easily available?
3. Why did this team provide its photos and videos to Iran-Interlink and Khodabandeh?

4. Who else were the photos and videos shared with?

5, Finally, all the recordings and photographs should be returned to the representatives of the residents as soon as possible and not be given to anyone else.