IRAN: Shoe Makers Bazaar on Strike for the Second Day 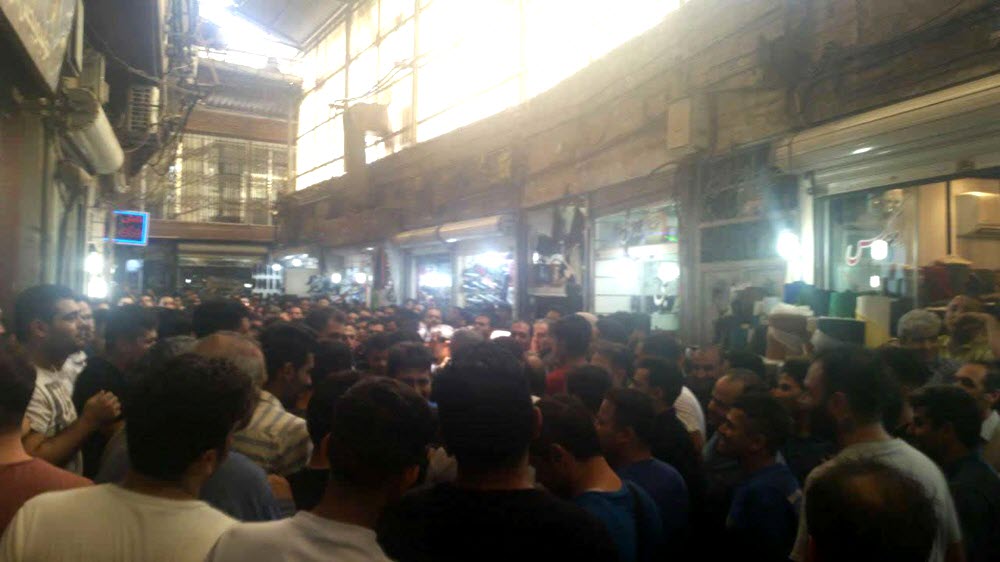 The shopkeepers in the shoe makers Bazaar in Vahid, Azam and Kamali malls along Tehran’s 15th Khordad Avenue continued their strikes for the second day on Sunday.

The strike began on Saturday in protest against the unprecedented cost of raw materials for shoe production. Shopkeepers in Sepahsalar, Mousavi and Manouchehr Khani markets also joined the shoemakers’ strike.

On Sunday, the shopkeepers in these markets rallied and chanted “Gutsy marketers, Support! Support!”, “Down with high costs”, and “Death to the Dictator”. The protest continued despite the fact that the intelligence agents were putting the shopkeepers under great pressure to prevent them from closing their shops.

At the same time500 retired workers from the Naznakh and Farnakh spinning factory in Qazvin, gathered in front of Qazvin governorate. The regime fails to pay their wage claims even ten years after their retirement.

In Naghadeh, following the refusal of government authorities to pay farmers’ claims, the sugar beet farmers took control of the Azarqand factory since four days ago. They took control of the factory, expelled the factory officials, and shut down the factory on August 8th in protest at nonpayment of their claims for one year.
Secretariat of the National Council of Resistance of Iran
August 13, 2018