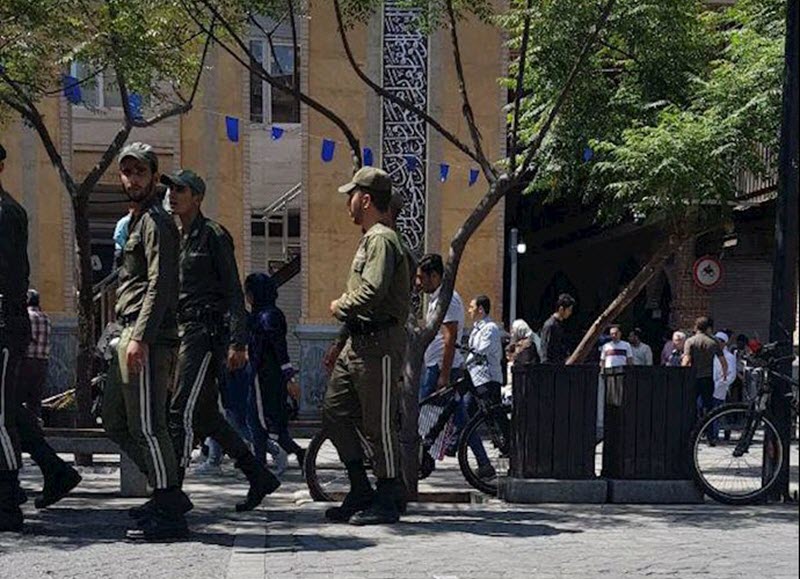 Mrs. Rajavi’s call for public support for strikers and immediate action to release the arrested

After the dollar exchange rate passed 12,000 Tomans on Monday July 30th, many bazaar merchants and shopkeepers in Tehran and various cities went on strike in protest of the catastrophic situation of the country’s economy and the destruction of their assets, and refused to open their stores.

In Tehran, shops in the goldsmith, carpet, iron and building materials bazaars, Alaeddin and Charsu shopping centers, as well as manufacturers and shopkeepers in the Ray and Shoosh bazaars, and the shoe market on 15 Khordad Ave. and Toopkhaneh Square went on strike.

In fear of the spread of protests, the repressive forces, including police, IRGC and plainclothes mercenaries were stationed at the shopping centers in the Grand Bazaar of Tehran as well as in the central squares and avenues of Tehran and around Tehran Bazaar, Shoosh Square, Sirous street, Vanak and Enqelab squares, Vali-e Asr intersection, and the areas where the exchange shops are located such as Toopkhaneh, Ferdowsi Square and the Istanbul intersection and Manuchehri Street. They threatened and pressured the bazaar merchants to open their shops. Several bazaar merchants who refused to open their shops as well as a number of money changers on Ferdowsi and Manouchehri streets were arrested.
In Tabriz, the Amir Kabir gold and jewelry market went on strike. In Qeshm, Karaj, Rasht, Bandar Abbas, Qazvin and Takestan, a large number of bazaar merchants went on strike and closed their shops.

In Mashhad, bazaar merchants went on strike in protest of doubling shops’ rent. In Isfahan, the car tools market went on strike on Sunday, July 29, and stopped working.

Mrs. Maryam Rajavi saluted the striking bazaar merchants and shopkeepers in Tehran and various cities who have been protesting devastating policies and astronomical plunders that have been institutionalized by Khamenei, Rouhani and the IRGC. She called on all Iranian people, especially the brave youths, to support the strike of bazaar merchants, and asked all international authorities to take immediate action to release the detainees.

Secretariat of the National Council of Resistance of Iran
July 31, 2018