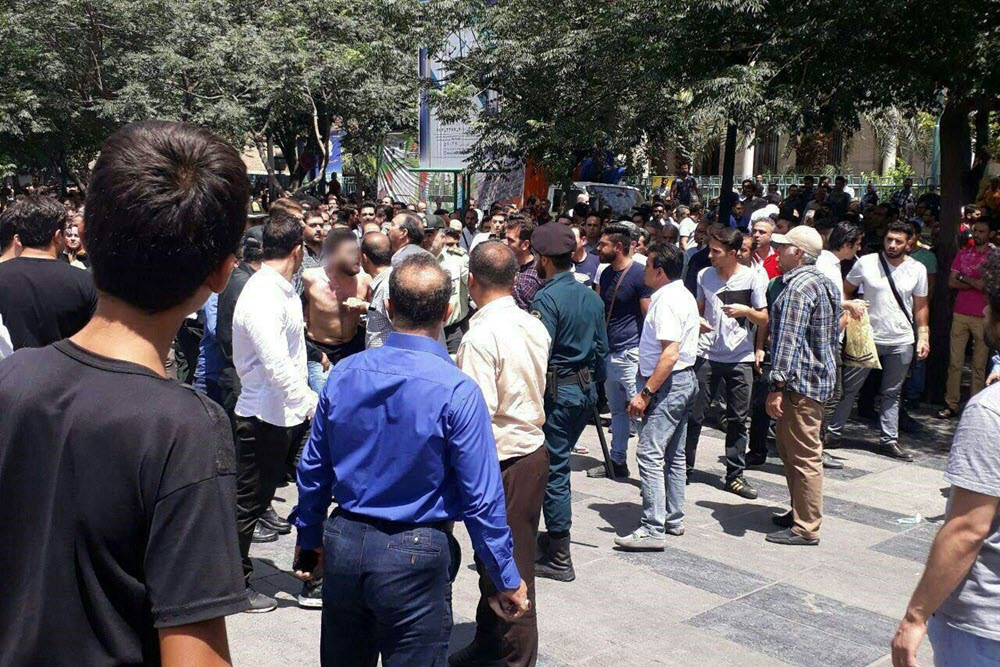 People chanted “Death to the dictator”, and set fire to the police kiosk

Today, Monday, June 25th, , , June 25, 2018. Protesters seen chanted slogans our enemy is right here, but they falsely claim (our enemy) is the U.S. , , June 25, 2018. Angry Protesters chant: “Let go of Syria, think about us” No Gaza, “No Lebanon, my life for Iran” , June 24, 2018. Protest Gatherings of People Against Unprecedented Rise of Dollars Rate
They were chanting: Leave Syria, think about us, “Dollar (ten thousand tomans rate), we do not want do not want”. pic.twitter.com/aIefLqyVW5

While the price of goods and services has risen exponentially with the decline of the currency, the regime’s mafia bands cause further decline of the currency and gold coins by buying the currency at the government’s price and selling it at a doubled price in a smuggling manner. The state-run media Entekhab wrote on June 23rd: “Where in the world the sale of 380,000 coins is revealed by 50 people, and the government pays no attention to it? Why don’t you reveal those who smuggle the gold coins and those who support them?”

Alireza Salimi, a member of Majlis, said: “They give 4200-toman dollars to some special individuals to import goods and sell them at 8000-toman dollars. An interest of 110,000 billion tomans ($26 billion) has been created.” (State media- June 20th)

Mrs. Maryam Rajavi, the President-elect of the Iranian Resistance, saluted the brave Bazaar merchants for their uprising, and called on all shopkeepers, tradesmen and merchants as well as brave youths throughout the country to support and join the protesting merchants. She said: The currency crisis, the recession and high prices is the outcome of the policies of the regime that has wasted the assets of the Iranian people, either by spending on domestic repression, nuclear projects, export of terrorism and fundamentalism and warfare in the region, or have been looted by the regime’s corrupt leaders.

In the nationwide uprising last January, by chanting “Death to Khamenei-Rouhani”, the people emphasized the fact that the root of all economic and social problems under the ominous rule of the mullahs lies in the ominous regime of mullahs and because of the interests of all factions of the regime and its anti-human and anti-Iranian polices. 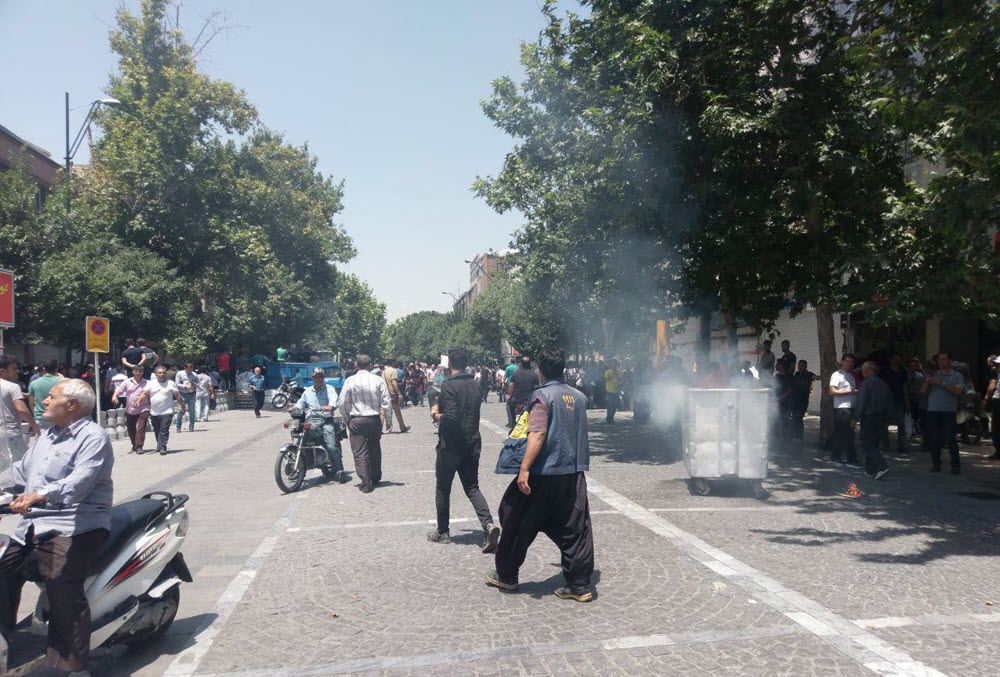 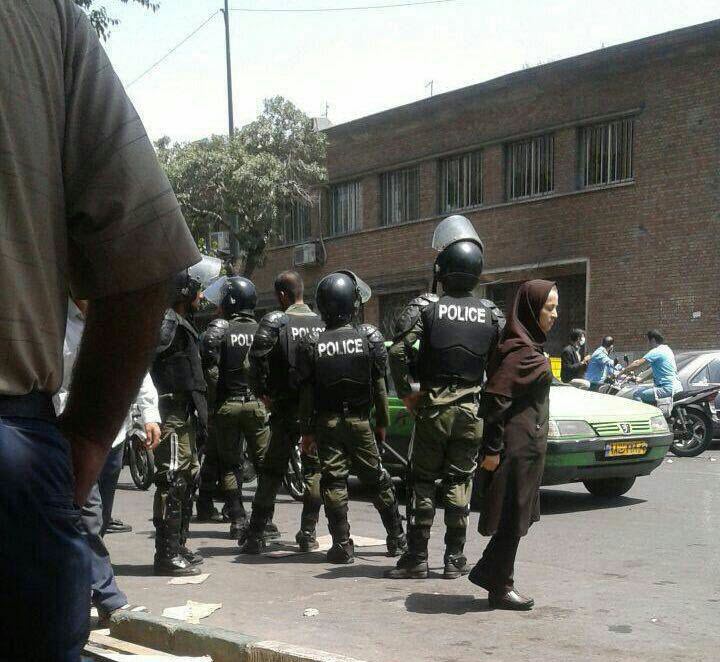 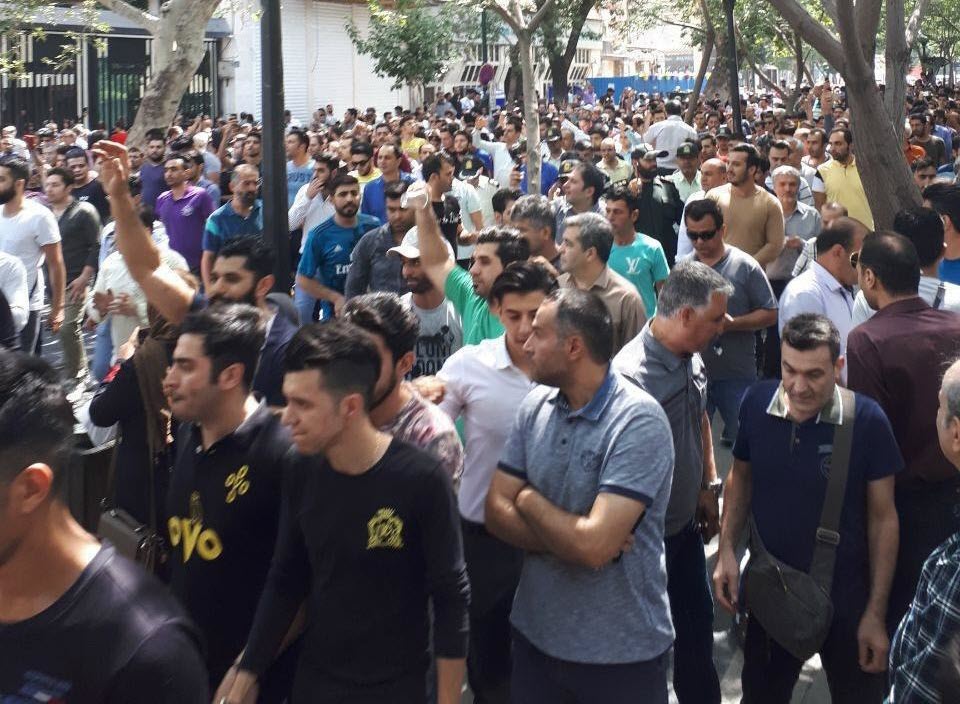 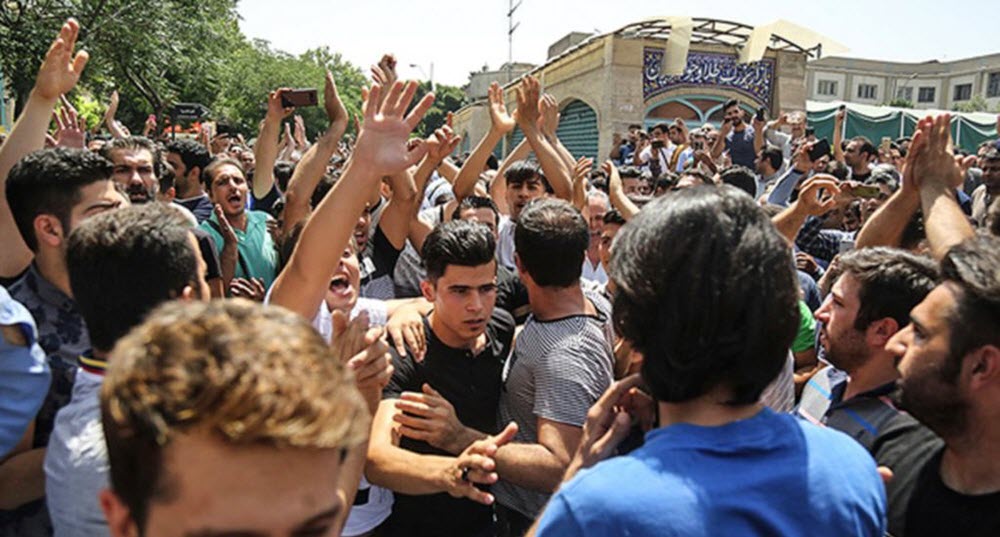 Previous articleIran Protests
Next articleIRAN: Protesters Chant “Death to Khamenei” as Protests Spread to Many Cities

The defiant youth in Tehran and other cities, including Qom, Isfahan, Andimeshk, Khorramabad, Gorgan, Karaj, Babolsar, etc., set fire to the entrances of the...
Read more
Statements: Iran Protest

In recent weeks, the Resistance Units and young supporters of the Mujahedin-e Khalq (MEK/PMOI) have been distributing messages and call to actions by Mrs....
Read more
Search