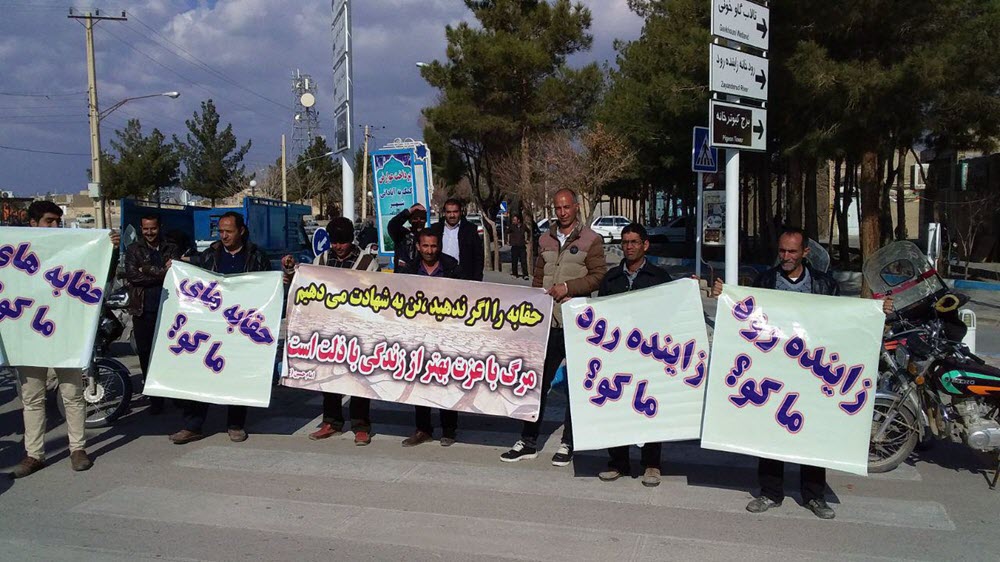 On Tuesday December 25, drivers of heavy vehicles and trucks continued the fourth day of their fifth round of strike over the past six months. The strike is to protest the high cost and lack of spare parts, low fares, and non-implementation of the regime’s promises. The waves of strike, despite the repressive measures, swept across the country, including Tehran, Sari, Neka, Mashhad, Ahvaz, Haftgel, Isfahan, Sanandaj, Saqez, Salmas, Tabriz, Urmia, Doroud, Kangavar, Bushehr, Khomeini Port, Bandar Abbas, Malayer, Yazd, Ardakan, Saveh, Mehran, Chabahar, Qazvin, Qom, Salafchegan, Bushehr, Charmhin, Neyshabur, Shahroud, and Sabzevar.

On the other hand, protests and demonstration of the families of the arrested Ahvaz Steel workers continued for the second day in the city. Young children participated in the demonstration carrying banners saying ‘Free my father!’ 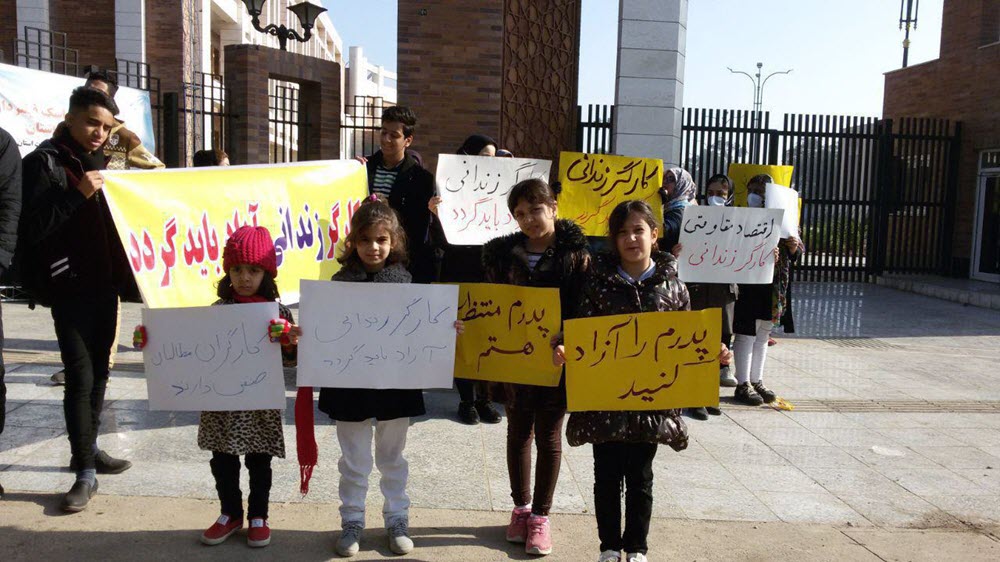 Simultaneously, drivers of drilling vehicles from the Iranian National Drilling Company in Ahvaz went on strike and gathered for a third day in protest of the low wages and failure to pay their 9-month salary.

On Tuesday, the protest of the deprived farmers in Varzaneh (Isfahan) continued to get their water rights. They were chanting with their families: ‘Liar Rouhani, where is our Zayandehroud? If you don’t give us our water right, we are ready for martyrdom; Hail to farmer, down with the oppressor; We stand, we will fight, we will get our water right’.

Other protests in recent days include : The gathering of the employed and retired Tabriz education staff in protest to their poor livelihood with the slogans of ‘Crying for this much oppression ; Worker, teacher, unity !; We will not rest until we get our right’, the gathering of workers of the Tabriz bearing factory in protest against the failure to pay their salary for four months in the factory premises, the gathering of workers of the Ahvaz Urban Train Project protesting against the failure to pay 19 months of overdue salary and the regime’s disregard for their livelihood; the gathering of workers of the cement company in Nain and Masjed Soleiman in protest against the non-payment of five months’ salary two months of their insurance premiums and lack of job security, protest gathering of urban transport buses drivers in front of the organization and municipalities of the regime in Tehran; strike of drivers of Faradis Company in Qazvin in protest against unfair fines; Strike of gas station workers and workers of Aria Steel, Arvand company in Andimeshk, Abadan Municipality workers and Nowshahr Power Plant in protest to the failure to pay their unpaid salary for months; the gathering of graduated young people seeking work in Bid Boland refinery of Persian Gulf in Behbahan protesting failure to recruit indigenous people, the gatherings and protests of the looted Caspian phony agencies affiliated with the IRGC and repressive organs in Tehran, Mashhad, Parsabad Moghan and Rasht.

Secretariat of the National Council of Resistance of Iran
December 25, 2018