Iranian Resistance calls to save lives of Balouchi political prisoners 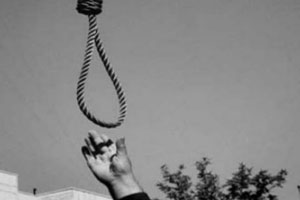 The prisoners, who are charged with killing Zabol’s atrocious Public Prosecutor, were deprived of lawyer and a fair judicial process. They were condemned to death in mullahs’ sham courts.

On October 26, 2013 upon orders from the regime’s Supreme Leader Ali Khamenei, the regime’s henchmen collectively hanged sixteen Balouchi political prisoners in Zahedan Prison. The state-run news outlets published the pictures of the victims who were cruelly hanged using cranes.

Regime’s public prosecutor in Zahedan blatantly said: “These individuals are being executed in revenge for the martyrdom of border guards.” (Tasnim news agency, affiliated with the Qods Force – October 26, 2013)

The collective and clandestine execution of 15 other Balouchi prisoners on February 5 in Chahbahar’s prison and hanging the body of Ahmad Eissa Zehi, a 23-year-old prisoner who had died of a heart attack before his execution (in October 2013) are among other disclosed crimes of the mullahs against the deprived people of Balouchistan.

Execution of prisoners, especially the political prisoners, has increased since the assumption of office by the deceptive Mullah Rouhani. These atrocities that are committed to foment terror and horror and to prevent large social uprisings and in particular to frighten the deprived people of Sistan & Balouchistan Province have increased the public rage and abhorrence of the religious fascism ruling Iran.

The Iranian Resistance calls on all international and human rights bodies, in particular the High Commissioner for Human Rights and the relevant UN Rapporteurs to take urgent action to prevent the execution of the three Balouchi political prisoner. The silence and inaction on part of the international community in face of the criminal executions in Iran that have surpassed 700 during Rouhani’s office, have emboldened the religious dictatorship ruling Iran in the continuation and escalation of executions, massacre and barbaric and systematic violation of human rights.

Secretariat of the National Council of Resistance of Iran
April 18, 2014

Previous articleMaryam Rajavi calls on int’l community to condemn raid on Evin Prison in Iran
Next articleIran : Several cities are in risk of turning into desert, official says

Call for immediate action to stop executions, and submission of the dossier of human rights abuses in Iran to the UN Security Council On the...
Read more
Statements