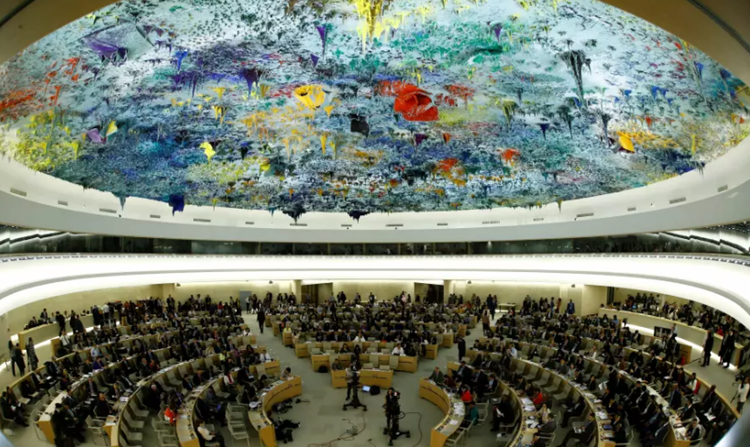 NCRI, underscores the need for referral of regime’s crimes to the Security Council

The Iranian Resistance strongly welcomes the extension of the mandate of the UN Special Rapporteur on the situation of human rights in Iran. While commemorating the late Special Rapporteur Asma Jahangir, the Iranian Resistance calls for the formation of a United Nations investigative commission on the mullahs’ regime’s crimes, in particular the massacre of political prisoners in 1988, and the referral of this dossier to the Security Council and bringing its perpetrators to justice. In her reports, Ms. Jahangir had emphasized the need for a comprehensive and impartial investigation on the 1988 massacre.

On Friday, March 23, 2018, in spite of the efforts of religious fascism ruling Iran and some of the countries that violate human rights, the United Nations Human Rights Council adopted a resolution on the mandate of the Special Rapporteur on Iran.

Silence and inactivity before the Iranian regime, which is at the forefront of human rights abusers in the world today, and continually violates United Nations resolutions, is a disregard for the universal human rights standards and criteria that constitute the United Nations’ existential philosophy.

Secretariat of the National Council of Resistance of Iran
March 23, 2018

Previous articleA Call for Regime Change Policy in Iran, by Close Trump Ally
Next articleTwo Iranians Detained on Suspicion of Terrorism in the Capital of Albania

Saeid Namaki, Regime Health Minister: In some parts of the country, we see a new flare-up of Coronavirus and the third wave of...
Read more
Search