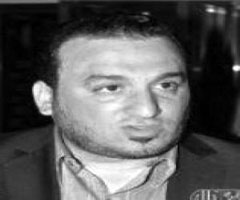 The Seven Ashraf residents taken hostage are in “Sharaf” prison and under the control of Ahmed Maliki, Iraqi Prime Minister’s son

In addition to Nouri al-Maliki’s mercenaries, tortures from the Iranian regime’s Ministry of Intelligence and Quds force have the right to enter this prison

NCRI – According to information received, the seven Camp Ashraf residents taken hostage are being held in Sharaf prison in Baghdad. The responsibility and control of this prison is with Nouri Maliki’s son, Ahmed.

The seven including six women were taken hostage on September 1 when the Iraqi forces attacked Camp Ashraf and executed 52 members of the People’s Mojahedin Organization of Iran (PMOI/MEK).

They are on hunger strike and with the order of Ahmad Maliki, have been transferred to this prison so that no information can be leaked out of prison and no one is informed about their presence. This prison is for those accused of terrorism.

This prison is supervised by the prime minister’s office in order to hide its crimes. Maliki has put his son Ahmad Maliki,who is also his chief of staff , in charge of this prison. He is particularly using this prison to get rid of his opponent.

Ahmad Maliki is in charge of special files, security apparatus and prisons. He is fully in charge of the security of Green Zone and any entry and exit to and from it. All entry cards to this area, even those of Cabinet Ministers, are issued by Maliki’s son. The dossier of the hostages is with Faleh Fayyaz. A number of terrorist Quds Force and Intelligence agents have visited the hostages in coordination with Faleh Fayyaz. In addition to Maliki’s henchmen and interrogators, torturers and officials of the Iranian Embassy and MOIS and Quds Force agents are permitted to visit this prison, and the Iranian Embassy has stationed a translator in the prison for this purpose.

In prison, there are several cameras that monitor all the activities of the inmates. Sharaf prison is part of Baghdad brigade (Brigade 56), which is known as Maliki brigade and is directly under the direct command of him and his band, with Farouk al-Araji being its direct commander at Maliki’s military office.

The prison inmates cannot have lawyers and do not have the opportunity to meet with their families. The judges who review the cases of prisoners in this prison are all Maliki’s mercenaries.

Secretariat of the National Council of Resistance of Iran
September 29, 2013