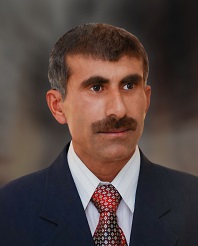 Mr. Ali Salari, member of the Iranian opposition movement, the People’s Mojahedin Organization of Iran (PMOI/MEK), lost his life 62 days ago due to the criminal medical blockade of Camp Liberty

NCRI – It is 62 days now that in an anti-human measure, agents under the command of Faleh Fayyad, National Security Advisor to the Government of Iraq stationed at Camp Liberty, are obstructing the body of PMOI member Ali Salari from being handed over and buried.

Mr. Salari who passed away on February 4, 2015 was the 24th PMOI member that was tormented to death because of the medical blockade imposed on Camps Ashraf and Liberty.

Preventing the burial of Ali Salari is continuing despite the fact that all administrative and legal procedures have been completed and, had it not been because of the stonewalling by Iraqi agents, he would have been buried in the very first week after passing away.

Iraqi agents, Sadeq Mohammed Kadhim and Ahmed Khozeir, who are tasked by Faleh Fayyad to manage Camp Liberty are psychologically torturing family members and the residents of Camp Liberty by preventing the handover and burial of the corpses.

The body of Mr. Bardia Amir Mostofian, who lost his life during the forced relocation of residents from Camp Ashraf to Camp Liberty, was handed over only after 11 months. The bodies of the four martyrs of the December 26, 2013 rocket attack on Camp Liberty were buried eight months later only after countless complaints and referrals.
In the past 62 days, residents’ representatives and legal advisors have referred over 60 times to the police headquarters at Camp Liberty to receive the body of Ali Salari and conduct the burial.

Moreover, in many meetings and phone calls they have asked UNAMI and its monitors to resolve this matter. Additionally, the residents’ Arab lawyers have written numerous letters to the U.S. Embassy or have called UNAMI and UNHCR to request the burial, but up to now they have received no reply from the Iraqi agencies, the UNAMI monitors, or the other institutions.

Secretariat of the National Council of Resistance of Iran
April 6, 2015