Khamenei’s Speech in the Gathering of Basijis 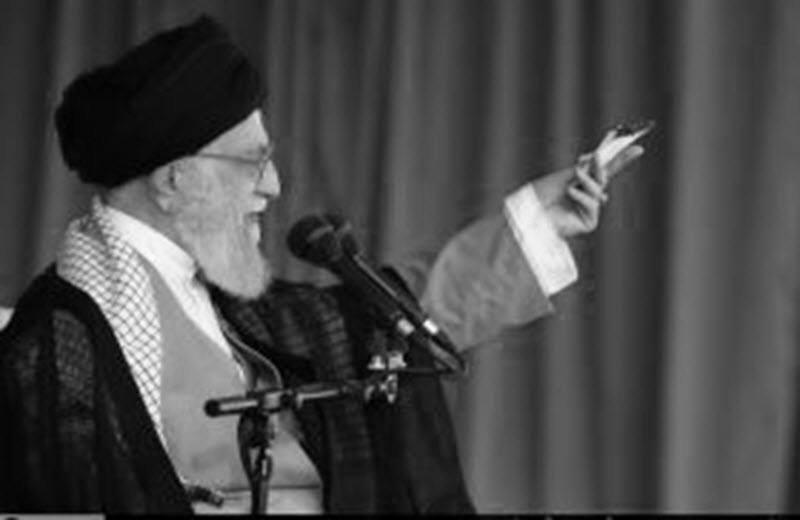 On Thursday, Khamenei, the supreme leader of the clerical regime, in fear of the implementation of the second phase of sanctions, in particular the oil sanctions, in a ridiculous show under the title of “Power manifestation” tried to give morale to his weary troops. Khamenei’s speech is a reflection of the weakness and desperation of the regime, and reveals its complete deadlock in the face of the popular uprising and the growing chain of external crises.

Speaking to the Basij forces gathered from all over the country, he said about those within the regime who thought there was no solution other than to reconcile with the United States, “I explicitly declare that they are betraying. This is the biggest betrayal and as long as I am alive, I will not let this happen in the country. ” He called on the Basijis to fail the sanctions and slam the United States.

Khamenei warned against the sensitive and complex circumstances and all kinds of crises that threatened the regime, and, acknowledging the “shortage of livelihoods for a large part of the population,” described the anti-popular Basij as “a true image of the country” and “inspirational” for others, and told the Basij and the Revolutionary Guards to fire freely wherever it was needed.

Fearful of the inevitable overthrow of his regime, he said, “The President of the United States has told some European leaders that you wait two three months, after two, three months, the Islamic Republic will be thrown off.” Referring to widespread domestic and international objections to regional interference and missile projects, he admitted in reverse language that these were necessary for the survival of the regime and must be fought for to keep them. “These are also elements of our power. So the battlefield is here, the battlefield, the field of confrontation of arrogance with Islamic Iran, is all that is the cause of the Islamic Iran’s power … This is one of the areas of conflict,” Khamenei said

Khamenei, while expressing concern over “fatigue, destitution and disability” of regime officials and widespread defection of its mercenaries, encouraged the Basijis that “Our growth is superior to our defections.”

Referring to widespread opposition in the regime’s body, he said they are “easy-hearted, insincere and hypocrite intellectuals,” and “disheartened, demoralized, cowardly, opportunistic, self-defeating …. hopeless and lazy people”, who, “if not the agent of the enemy, are not nevertheless men of the field to the country’s progress” and produce “corruption and disagreement”.

Khamenei called the free press, the Internet and the social network as enemy and the equivalent of chemical weapons, and said in response to the continuous and increasingly revealing dimensions of the crimes and criminal mischief of the regime: “With the very dangerous means of the media … by trying to portray fake image, they try to distract the thoughts of the Iranian people”.

Secretariat of the National Council of Resistance of Iran
October 4, 2018